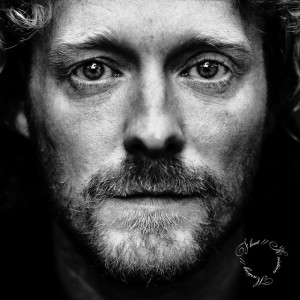 Working in isolation, in retreat from financial and emotional turmoil, Kristian Harting relied on music to pull him through hard times and cleanse his soul. Unsurprisingly, water provides much of the inspiration for the songs that make up his album Float. The album is referred to as a safe harbour from furious seas. Says Harting: “I had to be like water. Just float. Not think, not try to organize nor control the chaos… I had to be like water or I would break. It was a spiritual journey. A test.”

This watery preoccupation might explain why many of these songs feature disconcerting undercurrents, often in the form of threatening guitar drones or spectral electronic tones. Harting tries his best to float above the musical arrangements, refusing to let himself be battered by the waves, but sometimes he’s pulled under by the currents swirling around him. He goes with it though, and dances with the tides of the songs. That he does so in the elegant manner he does is testament to his dexterity as a songwriter. Considering that Harting’s background is in thrash metal, it is somewhat surprising to find that this album’s influences are totally removed from the metal scene. There are hints of drone, sufi music and Mali blues to be found throughout the album.

Kamikaze is desert baked folk, but with the careful application of circuit bent electronics and an ominous bass pulse, it becomes something much more expansive and cosmic. It’s like a chanted prayer to the heavens, meant not for God, but for intelligent life on distant planets. Balance meanwhile utilises chants and cavernous tones to give a disconcerting depth to what might otherwise be a reasonably upbeat pop-folk song. When he sings “let go” it’s not an instruction that feels as if it should be followed in case there’s a long way to fall.

Elsewhere, the title track re-tools the James Bond theme and turns it in to a heartfelt lament. It’s here that Harting’s on top of his game, filling the song with curious sounds whilst his vocal draws on Mark Lanegan‘s after-hours drawl. The main hook of “All I want is to float like this” could be taken in either of two ways, but with his musical accompaniment taking such a darkened edge, it feels like he’s talking in a “bodies in a river” kind of way.

Apart from the theme of floating, echoes seem to be important; presumably they represent a way to connect to the past. The taut acoustic labyrinths of Queen Of The Highway are populated with booming percussion and raging electric guitar squalls. Ordinarily, paeans to the highway are vast open affairs, but this is an off-kilter, claustrophobic workout, like roaring into a bottomless mine in a cart with no brakes.

If all this sounds a little dark, it’s worth noting that Harting’s approach also owes quite a lot to less obscure genres, and actually reflects some elements of pop (or at the very least indie) influence. Sole Dancer for example features a glorious vocal for the chorus that might well be a distant relative of Elton John’s Tiny Dancer. The verses meanwhile are delivered like a slightly chipper Richard Hawley, but with lyrics like “after the fire comes sweet warm rain, to fill the gaps in your sea of pain” it doesn’t take much digging to find the dark side of this little ditty.

Feathered Ghosts hints at Britpop, yet still possesses a spectral and detached feel. With the vocals drenched in reverb and the guitar steeped in vibrato, there’s a distinct sense of isolation that pervades the song, and it’s easy to imagine it being performed in dense fog. As the song progresses, his vocals take on a more frustrated edge. This shifts the song on its axis, away from the peacefulness of solitude and towards the sense that being alone might just send him over the edge. Fortunately we know that should Harting step off the ledge, he’ll float elegantly.