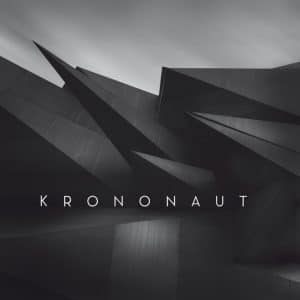 In the end, Krononaut is a compelling work more concerned with sound, texture and shape than with any one particular genre or background. Although the music has been described as quiet and contemplative (which is to a large extent true), there is also an eerie, sometimes even menacing quality that makes it well suited to our new normal in the era of Covid-19. Guest musicians including trumpeter Arve Henriksen, saxophonist Matana Roberts and bassists Shahzad Ismaily and Tim Harries also make considerable contributions to the shifting moods.

The opening Jena sets a languid and mournful tone. Henriksen’s stately, gracious trumpet lines (the only parts to be overdubbed) sound both reflective and ghostly, like a comment on the improvised textures from another dimension. A number of the pieces seem to have their own internal narratives. Leaving Alhambra begins gently, but gradually adopts a more abrasive and dislocated frame. Location 14 is spectral and crepuscular, with Tim Harries’ urgent bass playing ushering portions of more rhythmic playing in and out. Some of the intriguingly fragmented statements are reminiscent of bands such as Troyka.

The music is at its most urgent and assertive on Power Law, which even begins like the sounding of an alarm. Whilst it feels slightly uneasy, this also leads to a restlessness and sense of adventure, and the music feels like a process of exploration and discovery. Gradually, the space is filled with France’s colliding cymbals and Abrahams’ mechanistic drones. France has talked about the vibe of the sessions being ‘open to whichever way it wants to go’ and there is a sense of preconceptions being abandoned. Perhaps another point of comparison is Prezens, guitarist David Torn’s masterful 2007 album with Craig Taborn, Tim Berne and Tom Rainey, which made similar capital from contrasts between quiet and loud, meditation and abrasion.

Henriksen’s trumpet offers a sometimes lyrical approach to melody – the concluding melodic line of Visions Of The Cross even sounds strongly like a vocal part. The final three tracks feel unified at least in part due to the presence of Matana Roberts, whose ongoing Coin Coin project has produced some of the most innovative, powerful and socially resonant improvised music of recent years. There is a swooping, fluent quality to her lines on Wealth Of Nations, and Examen has a twitchy, nervous mood, particularly when combined with Abrahams’ deftly picked but angular guitar figures.

Abrahams’ thoughtful punctuations, rustling textures and sonics combine effectively with Martin France’s attention to detail and varying attack on the drums. The complementary playing feels like it is the result of careful listening and intuitive responding. Krononaut is a mysterious album, and one of the year’s best, adroitly combining meditative and unsettling moods, and creating its own shifting musical terrain.