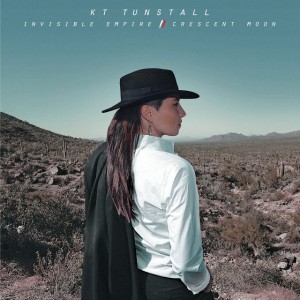 Back in 2005, it was hard to avoid KT Tunstall. After spending most of her 20s under the radar on the fringes of the Scottish indie scene, performing regularly with Fence Collective members such as The Beta Band and King Creosote, a head turning performance on Later… with Jools Holland suddenly propelled her into the national consciousness. Within months, she had a top three chart placing and a Mercury Prize nomination for her album Eye To The Telescope, leaving her erstwhile Fife cohorts toiling in obscurity as she joined the MTV elite.

Over the next few years, Tunstall maintained her early success, with two further UK Top 5 albums, Drastic Fantastic and Tiger Suit, clinging doggedly to the desperately bland middle of the road rock tempered with tepid folk and blues influences that helped establish her safely in the mainstream. Her profile may have been high, but in artistic terms she had essentially become the Caledonian Dido.

Now approaching 40, Tunstall has experienced some of life’s lows in the recent past, including the break up of her marriage and her father’s death. Invisible Empire // Crescent Moon is her heartfelt attempt to express her feelings about these events and their impact upon her, and the result is a collection that’s notably softer, sparser and more fragile than anything she’s released before.

Perhaps unsurprisingly as she recorded the album in Arizona under the wing of Giant Sand front man Howe Gelb, the other main change to Tunstall’s sound is a shift towards a country-and-western tinged style, although like so much of her music, she only half-embraces the genre rather than really inhabiting it.

Acoustic guitar and piano are the key ingredients throughout, and the unhurried pace of the compositions generally show off Tunstall’s passably soulful voice well. There are a few nice touches to embellish proceedings too: the spaghetti western style whistling on Made Of Glass for example, a languorous clarinet on Honeydew and some evocatively muted strings on the vaguely Nico-esque Old Man Song. In general though, this is pretty conventional fare – well performed but lacking bite.

The main reason for this is that despite the obvious pain she’s had to face up to during the lead up to Invisible Empire // Crescent Moon, unfortunately Tunstall’s songwriting remains as pedestrian as ever, with most tracks lacking anything in the way of a memorable melody or any other kind of unique selling point. The lyrics are by no means bad – the songs take a clear thematic journey from shattering loss to warm reflection – but the listener rarely connects emotionally with what Tunstall’s going through.

The one exception is the elegant, sad piano ballad Yellow Flower, which winds a stately path through the heart of the record and briefly succeeds in delivering a real punch. But elsewhere, songs like Waiting On The Heart and single Feel It All are lifeless, dull and instantly forgettable. Invisible Empire // Crescent Moon is a brave attempt from its creator to change direction, but ultimately KT Tunstall’s limitations are laid bare on a record that meanders pleasantly without ever leaving a lasting impression.