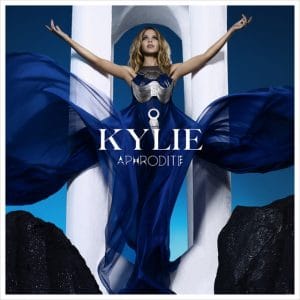 Who, deep down doesn’t love Kylie Minogue? Sure, there was a time when she was genuinely a bit naff – the dreg ends of the Stock Aitken Waterman era, for example; and 2007’s X was just plain forgettable. But somewhere, throughout the past two decades, there’s something for even the most stoney faced pop fan.

Whether it was bubble-permed, fresh faced Kylie singing Hand On Your Heart, or naughty, indie Kylie hanging off Michael Hutchence‘s arm, teasing with Confide In Me and purring away with Nick Cave, or the disco queen who gave the world the insatiable dance floor filler Can’t Get You Out Of My Head – they were all era-defining moments, and they all had something in common; they showed Kylie at her most vulnerable.

She was young, then she was rebellious and, with the latter song, the one that transformed her into a genuine superstar, she was a woman clambering for survival, desperate to resurrect her career.

That’s the thing we love about Kylie – she’s a little elfin creature, hanging on the edge. If rumours are true and she really was the intended vocalist for the Manic Street Preachers‘ duet with Traci Lords, Little Baby Nothing, well, it could have been the most perfect piece of pop-casting ever made.

That is why this, her 11th album in 23 years, fails to quite hit the spot. At the age of 42 she’s been through so much – her battle with cancer, her widely reported love affairs with wrong ‘uns, the ups and downs of a long and turbulent career – but she’s come out on the other side more self-assured and confident, and as a result, the sparkle’s diminshed.

That’s not to say it’s bad – far from it; there are five brilliant songs on here. The title track, for example, is sassy and triumphant, with tribal drums that give way to her now trademark twitchy electro sound – “I’m fierce and I’m feeling mighty, I’m a golden girl I’m an aphrodite…don’t you mess with me, you don’t want to fight me,” she warns.

Opening song All The Lovers is a sophisticated Goldfrapp-esque track, with layers of synths and restrained vocals. It’s got that downbeat, end of the night vibe favoured by Alison and co down to a tee and is destined to become a Kylie classic, although its positioning in the track listing feels a bit odd.

Closer has a curious, rolling prog backing that Muse would scrap for, while Cupid Boy has some time collaborator Calvin Harris‘s influence stamped all over it, right down to the get-the-crowd-jumping break down.

The Jake Shears-penned Too Much sounds like a Scissor Sisters b-side – a slice of start/stop disco funk that would reach its full potential on the dance floor.

Those five tracks are typical of Kylie’s bizarre career. Neither a singer or songwriter of any real merit, she’s seen off the competition throughout two decades of being pushed, moulded and sculpted into whatever those around her are feeling at the time. No one believes she loves bubblegum pop, brooding indie or ripping it up on the dance floor – it’s just what she does, and somehow it works.

The world of girl fronted pop has changed since her last outing – whereas pre 2007 she was filling a void, that space has now been cluttered up with the likes of Lady Gaga and Pixie Lott but, with five singles sitting and waiting, Aphrodite is the record she needed. Just be prepared to hit ‘skip’.