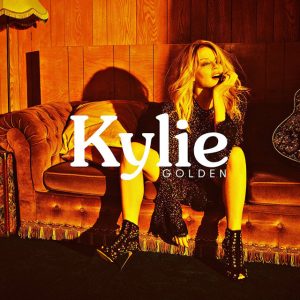 Kylie Minogue‘s reinventions are the stuff of pop mythology; from ’80s soap star to national treasure via pop princess and indie rebel, she’s rarely stood still. So it’s no great surprise that, over 30 years and a whopping 14 albums into her career, she’s on the move again.

Her latest album, albeit co-written, is probably her most personal to date, and saw her pack her bags for Nashville, giving her a subtle country-tinged sound that’s true to her roots. Kylie herself describes it better than anyone else could: “Dolly Parton on the dancefloor.” It was recorded following her split from her former fiancé, and is dripping in sadness and an ‘I will survive’ spirit that suits her current incarnation perfectly.

The timing of this release – some four years after her last studio album proper, Kiss Me Once – feels poignant; Kylie turns 50 next month, and this record feels like half reboot and half memoir. She goes out of her way to acknowledge the fact she’s not a teenager anymore, but with a gentle defiance, a little nostalgia and a subtle change in direction that makes Golden both touching but also really good fun.

Much like Kylie’s tabloid life, this record can be split roughly into three key themes: heartache, dancing and music. When she sings about wanting to go out dancing in the opening track and later on in Live A Little, it’s delivered with a wry grin, as if to say ‘Did you really think I was going to quieten down?!’

A Lifetime To Repair is structurally weird; half of it is made up of lolling country guitars and drawling vocals, the other half the glittery pop she’s best known for. She’s reflective, looking back on failed romances, and pondering the future. Perhaps unfortunately it fuels the Kylie story the glossy magazines feed upon; poor, lonely, unlucky in love Kylie. So Sincerely Yours is well timed, coming directly after.

This is the Big Hit. Sassy and with a stonking chorus to appeal to pop fans of all loyalties, it’s perfect pop prose: “This isn’t au revoir, I won’t go that far, You’ll still see me, You’ll still hear me, Love you dearly, Yours sincerely,” delivered with that gentle country twang. Even if it’s not a jumbo hit, expect to hear it soundtrack a thousand tearful reality TV and rom com break ups.

Radio On is a ballad about coping with heartache by listening to the radio, while the album’s final track – Music’s Too Sad Without You, a duet with Jack Savoretti – also touches on the importance of music as a place marker in life. Both tracks are downbeat and show a rare weakness, as her voice lacks the depth to carry them off with any great impact. Sad Kylie is much more effective when she’s dusting herself down and dancing her cares away.

Just in case you weren’t sure who you were listening to, Raining Glitter is not only in the running for the campest song title of all time award, but also a career defining key change – it’s THE sound of Kylie. But on the whole her vocals are relaxed and she sounds at ease, at home. This is pop for the whole family. She’s done a Take That; created a grown-up, Radio 2-playlist, guitar-driven, dance-flecked album with a warm glow.

Golden stands alongside her classic records; in a world of disposable music, Kylie’s return is welcome and shows how slick, smart pop music should be done.