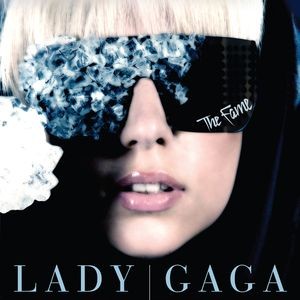 By lip-synching her way through that odious performance of Womanizer on The X-Factor, Britney Spears may have unwittingly removed her unofficial title as Queen of Pop and left it for a newcomer to try on for size.

First in the queue to snatch it is Lady Gaga, soon to become very large indeed. Proving herself with songs for the Pussycat Dolls, with whom she tours the UK later this month, Britney herself and, er, New Kids On The Block, she’s now ready to make the transition to a chrome-plated iPod near you. And it looks like she’ll do so without a hair out of place, her sassy street style and striking lightning face paint cultivated to perfection. Painstakingly manufactured, for sure, but too calculated? Time will tell.

There is plenty of You Can Dance-era Madonna about her, particularly some of her songwriting and occasionally even the vocals, but who better to take as a stylistic influence given the current preoccupation with slinky electro pop? Certainly enough individual flair remains to keep her standing out from the crowd.

It helps, of course, to note that the songs are largely top notch, diamond-encrusted pop. You won’t get many more catchy party odes than the chart topping Just Dance this year, a polished gem set to lodge in your head for the next few weeks. Several songs jostling here to follow it – the Space Cowboy collaboration Starstruck, Paparazzi’s knowing references to the trappings of fame and LoveGame, where the Lady entreats us with the lyric “Let’s have some fun, this beat is sick – I wanna take a ride on your disco stick”.

The blend of retro and futuristic finds itself exploited on Boys Boys Boys, a knowing nod to Motley Crüe‘s Girls Girls Girls, though lacking the latter’s sense of adventure and fun. It still feels like the main protagonist still wants to get home in time to take her make-up off, and when the chorus coos about how “we like boys in cars, buy us drinks in bars”, the world of the independent woman seems a way off. The odd lyrical howler pops up elsewhere too, nowhere more so than LoveGame’s statement “I’m on a mission, and it involves some heavy touchin'”.

That said, empty lyrics are all part of the game when it comes to creating pop music – and Lady Gaga looks to have hit the jackpot here with her blend of sassy attitude, metallic beats and sharp, incisive songwriting. Not only is she poised to try on Britney’s crown, she writes her own songs and tucks herself up in bed each night after strutting her stuff on stage. Too good to be true?