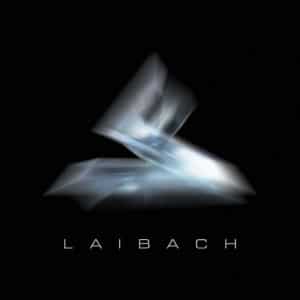 It can be difficult to talk about Laibach without getting bogged down in their contexts and subtexts. After all, they are one of very few bands to whom the cliché ‘They’re more than just a band’ can truly be applied. They were formed in 1980 and became the musical arm of the Neue Slowenische Kunst (New Slovenian Art) collective, a group so radical that it would go on to found its own country – albeit one without a territory (though the lack of territory is surely part of the point) – even issuing passports and opening embassies.

The music they make has been lumped in with industrial and EBM, but it can’t be described simply on those terms. Yes, at times they sound a bit like Rammstein (or more correctly, Rammstein sound a bit like Laibach, who have described Rammstein as “Laibach for adolescents”) with Milan Fras’ guttural vocals cutting through the heavy synth-centred sound. They’ve also been described as Wagnerian and martial, and these epithets continue to apply. The latter tone can be heard in the whistle and drum tattoo of The Whistleblowers, the song that opens this album.

Spectre finds Laibach in typically polemical mode as they present their take on the current state of the world. In Americana, “Do it with a feeling” is Fras’ direction for how the proposed revolution should be enacted, but his voice feels rather flat. Could this be a case of “Do as I say, not as I do”, and if so is this simply a laconic rallying cry or a comment on systems of control?

Eurovision imagines the break-up of Europe. “Europe is falling apart” is the refrain, but it’s the title that’s most provocative. It’s hard to imagine any European country actually entering a song like this into the Eurovision Song Contest, but just imagine if one of them actually did. Again, Fras is flat and detached, but the rousing bass-driven music more than compensates.

Resistance Is Futile is the most dramatic track, and here Fras sings with greater feeling and power. “Resistance is futile and you will be assimilated – with blitzkrieg,” he bellows. Sometimes Laibach sound genuinely terrifying, and this is one such moment. The vocals are robotic, impossible to argue with; and the music rises to cacophonous crescendos, before falling away into something that sounds like the noises of a devastated landscape. But with Laibach fear is never clear-cut. They have been perceived as fascist, communist, neo-Nazi; in fact they oppose all kinds of authoritarianism. But darkly humorous forays into the territories of their antagonists are just a part of their tactics.

Outspoken Marxist philosopher Slavoj Žižek famously said of Laibach that their work is relevant to a world in which “Cynicism is today’s prevailing mode of ideology.” He went on to add that “The only way to be really subversive […] is precisely to take the system more seriously than it takes itself seriously, and I think that this is maybe one of the keys to Laibach’s strategy.”

At times, Spectre does feel very much like a serious album, but the tone occasionally seems inconsistent. Many of the tracks included here are songs about revolution and changing the world, but would anyone actually use this music as revolutionary ammunition? They’re not exactly protest songs; they’re too abstract and cold to be described as such, but they are songs about protest. There are sweeter moments too, such as optimistic closing track Koran, and love song We Are Millions And Millions Are One, but in the context of the rest of the album it’s difficult to take them all that seriously. Perhaps the fact of the matter is that Laibach take protest more seriously than protest takes itself.