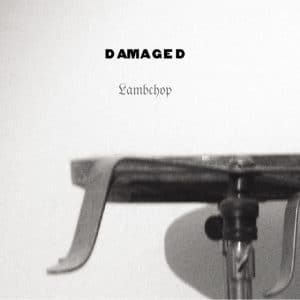 Lambchop were truly without precedent when they came straight out of Nashville way back in 1994. Oddly, they were initially seen as just another alt.country band. That’s like suggesting that Nirvana were just another grunge act. There was always much more to them than a few musical motifs and a geographical location.

From the beginning Kurt Wagner could write songs that showed his contemporaries up as callow and self obsessed. Add to such gilt edged song writing a musical collective that played with the power and restraint of a Stax house band and you have musical heaven.

Wagner’s ability to ring poetry out of the mundane, turn the prosaic into art has been a constant theme in the band’s work. The opening track on Damaged, Paperback Bible, is a classic example of this. The lyric a patchwork of verbatim calls to a radio show swap shop where people trade unwanted items. It finds beauty and pathos in the discarded flotsam and jetsam of everyday life. So far then so Lambchop, but really it’s a false start as Damaged is the most personal record that Kurt Wagner has composed.

Since the sprawling Aw C’mon / No You C’mon Wagner’s life has been touched by major illness. First a mouth cyst so aggressive that it needed to be repaired by a transplanted bone from his hip, followed by a brush with cancer. That this has resulted in a little more introspection seems quite natural.

For all its use of the first person narrative and the subject matter Damaged is not a somber or morbid listen. The music is full of wonderful light touches; the filigree of bells and electronics at the end of Prepared (2); the bass and piano interplay on Crackers; the swirl electronic ambience on Fear; the perfect use of strings throughout.

If it wasn’t for Wagner’s denials that Damaged isn’t his break up record in the style of Bob Dylan‘s Blood on The Tracks then you would think that his marriage has suffered like his health. The lyrics are oblique, blurred Polaroid’s that give away just enough information to gauge the mood but keep you coming back to unpick their secrets. You can sense, feel, a fraying of the fabric of life.

“Now it’s time to terminate our trust, even though to you and me that doesn’t matter much,” cuts through Short, a bleak admission of a relationship shattered by infidelity. Fear contains the couplet: “I know you’re bored, let’s take a walk and bring the dog,” set against a piano melody that is like a sad reflection, a smile in the bar room mirror. It sums up those moments that turn love into indifference.

For a writer with the skill of Wagner the use of the first person is just a tool in his arsenal. The striking I Would Have Waited All Day was written for Candi Staton‘s recent LP. Based around a pithy observation lyric about the day in the life of a house wife, it is sung from the woman’s perspective. The crystal pedal steel guitar and trombones add a southern soul feel to the track. As a testament to the band’s skills it can’t be bettered. Somehow the subject matter or the delivery don’t jar, which is quite some feat. It proves that Wagner can slip inside the head of his subjects with a novelist’s precision.

Are they a country band playing alt.rock or an alt.rock band playing country? These questions are pointless. They are simply and sublimely Lambchop, and we are lucky to have them.