Lambchop – Is A Woman 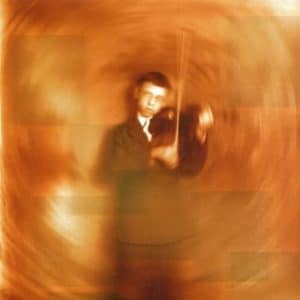 Kurt Wagner (who, in essence, is Lambchop) has been recording his baroque, downbeat masterpieces for eight years, sending critics into ever higher degrees of ecstasy while managing to leave the general public criminally unaware of his talents. His last album, Nixon, briefly threatened to break Lambchop into the big time, but it was not to be. Nixon was a luscious, soulful piece of work whose great variety meant that it was impossible to classify in an easy pigeonhole.

Is A Woman is released nearly two years to the day after Nixon and is the sound of a band stripped bare. All the songs here are just accompanied with piano, a quietly strumming guitar and the merest hint of percussion. It’s all topped up with Wagner’s heartbreakingly fragile falsetto, giving the impression of a man who has lived, loved, and lost, even when he’s intoning lyrics such as “I have shat on the hillside”.

In fact the lyrics are the most fascinating aspect of Is A Woman. Whether he’s dishing out heartfelt advice (“I guess its alright/to love the girls who fight/off our manly acts of desperation”), offering all too human stories (“William called and tried/to tell me that his sister’s boyfriend has just died/he’s not sure what to do/and I’m not sure what to tell him he should do”) or just being frankly ludicrous (the aforementioned “shat on the hillside” line), that marvellous voice keeps these songs on just the right side of poignancy.

The fact that Lambchop are from Nashville has inevitably led to them being dubbed “alt-country” but nothing could be further from the truth. After all, how many country songs mention the road crew from Embrace as The Old Matchbook Trick does? Certainly there are the old Country staples such as slide guitar on the aching I Can’t Even Spell My Name, but this remains indescribable music. Lambchop’s record company compares Wagner to Curtis Mayfield and Ray Charles, and while that sounds arrogantly over-ambtious, it’s not too far from the truth.

This certainly won’t appeal to everyone. Wagner’s voice, part Scott Walker, part Jarvis Cocker, with Stuart Staples of Tindersticks, could certainly grate on the uninitiated. Also, there isn’t the musical variety here that Nixon showcased. D Scott Parsley is about as uptempo as the record gets (which is to say, not much), and if Sparklehorse and Tindersticks leave you cold, then Lambchop will probably go down the same way.

However, if you give it a few listens and allow these strange tales to worm their way into your brain, you’ll be hugely rewarded. In fact, by the time the last strains of the reggae-tinged title track die away, you’ll wonder how on earth you’ve managed to get by without letting Lambchop into your life.