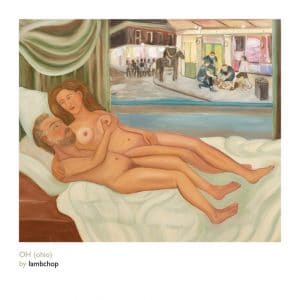 Now 10 albums and 14 years into a stellar, but often-overlooked recording career, Kurt Wagner’s Lambchop could be forgiven for settling into their well-worn alt country groove and checking their idiosyncrasies at the door, ready for whatever passes as a Nashville retirement (hanging up your Stetson?).

Luckily, the ever-rotating collective, whose formidable output is equalled only for their propensity to match heartfelt, murmured ballads with titles like The Petrified Florist and The Rise and Fall of the Letter P, haven’t mellowed with age. Despite featuring much more straight-down the line country than some of their much-loved older records, Oh Ohio is a gorgeous, tender, many-faceted thing, that, like the band themselves, seems only to gets better with age.

It’s obvious right from opening jangle of lead single National Talk Like A Pirate Day that Wagner and his group have rediscovered a bit of their rock sensibilities, along with the humour that was so lacking from their previous record, Damaged. That album, written during a horrific period of ill health in Wagner’s life, was a bruised masterpiece, but lacking in much of the adventurousness that saw the band regularly dubbed Nashville’s “Most fucked up country band”.

It seems this is out of the band’s system – National Talk Like a Pirate Day is the kind of breezy, freewheeling country rock song that any Nashville band worth their salt would lop off a check shirted arm for. Marrying the pointed, hushed lyrics of Bonnie Price Billy and the Byrds-esque Rickenbackers of early period R.E.M., it namechecks “ditzy housewives” and “hockey games on the table by the chair” to create an almost incomprehensible, but deeply optimistic single.

Such is the band’s longstanding ability to mutate genres into new forms that it is difficult to pick an album highlight – those who fell for the band’s soulful, stripped back charms on Is a Woman will devour Slipped Dissolved And Loosed, a piano-led, brush stroked strum along which sees Wagner’s voice entwines with a female singer’s on a none-more twee line about “blackbirds singing”. Those seeking a bit more soul will adore Of Raymond, which sees a Wagner’s normally gravely voice drop another octave or two over a pretty funky brass section.

Certainly its most populous song, although perhaps not its most dense, is the gorgeous Sharing a Gibson With Martin Luther King Jr, in which Wagner imagines sharing a cocktail with the assassinated human rights activist over a driving, windswept guitar line. It’s the nearest Lambchop seem to get to rock, and it’s a surprisingly good stab, recalling the best moments of Wagner’s sometime collaborator, the excellent Josh Rouse.

When the band want to tug the heartstrings, they rival only Tindersticks in the ability to turn the minute details of day to day life into an aching, resigned portrait of domesticated life. A Hold on You, with its lines “This pencil’s got a nice to it/ It looks like others in our house/ But it writes crazy things instead” and the simple, direct Please Rise are reminders that Lambchop retain the ability to be quietly devastating, even in the midst of an album of comparative levity.

The latter is a hymn-like plea for an unknown figure to “Stand up, stand over me, stand inside your enemy”, which builds to a heartbreaking crescendo. Initially, like much of the record, it feels slight, but on repeat listens it grows and grows in stature.

Oh Ohio will not win any new fans to the Lambchop cause, and may feel a little lightweight to those who have followed the band’s increasingly eccentric career with devotion over the past 14 years. Certainly, it leaves less of an immediate impact than its predecessor, Damaged, and Wagner’s frustrating penchant for mixing his vocals so low in the mix they are almost impossible to understand is again an annoyance. However, give Oh Ohio time – there’s more than enough here to breath life back into a resurgent band.