by Steven Johnson
published: 21 May 2021 in Album Reviews
Tweet 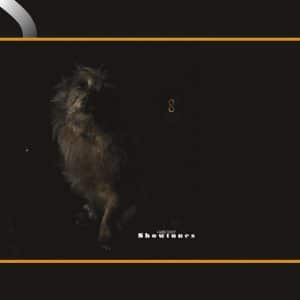 Kurt Wagner has always been a productive musician, never going more than a few years without sharing a new set of songs, but recent times have felt especially fruitful for the Lambchop frontman. The 2019 release of This (Is What I Wanted To Tell You) felt like a significant moment, arguably the most experimental moment in the Lambchop discography as it reoriented the band’s sound towards something that incorporated more in the way of electronic sounds and heavily processed vocals.

The end of last year saw the arrival of the more familiar, low-key sounds of TRIP, an EP of covers of tracks by the likes of Wilco, Stevie Wonder and George Jones. If this felt like something of a placeholder, new album Showtunes quietly reignites the sense of creative momentum, pivoting back to the leftfield approach found on This (Is What I Wanted To Tell You), Wagner continuing his personal sonic journey into more esoteric, cobwebbed territory.

The title is a reference partly to one of the main creative processes behind the new album, namely Wagner finding a way to convert the sounds of his guitar into piano note equivalents through his curiosity with musical technology. He felt the resulting songs had a sort of Great American Songbook feel, albeit in an abstract, far-removed way, and the album’s name had arrived. Showtunes also continues the trend of Wagner welcoming new musicians into the Lambchop fold, with Yo La Tengo’s James McNew and trumpeter CJ Camereiri being the most notable new names to further inject freshness here.

If This (Is What I Wanted To Tell You) saw his voice become the centre for experimentation, on Showtunes the focus for creative reappraisal shifts more towards the music. A Chef’s Kiss opens the album in classic, understated Lambchop style, easing the listener in gently, but it is subsequent tracks like Drop C and Fuku that best encapsulate the album, bringing together collage-like, cut and paste electronics, spacious brass, slowly unfurling piano and roaming, freeform song structures.

There are moments where it sounds like something you’d find on an album released on the ECM label or even a late Talk Talk record. “Like somebody’s mother you sang the blues” he imparts on the lustrous Drop C, showing that while the music might be the album’s focal point, his ability to write alluringly cryptic lines that embed themselves deep in the mind also remains equally strong.

The occasional moments of latent humour of previous albums find an equivalent here on Papa Was A Rolling Stone Journalist and Impossible Meatballs, two instrumentals that 2021 will do well to better from a track title perspective. There’s a tangible sense of refracted drama in the golden hues of the former while the latter strikes a softer, lighter, more pastoral tone. Elsewhere, Unknown Man quietly displays small, descriptive music detailing not to mention a jazz-like looseness and the likes of Blue Leo and The Last Benedict see further sculpting of new vocal forms.

It all adds up to another fascinating entry in the ever-evolving Lambchop spectrum, all slow texture, repurposed approaches and augmented familiarity. Showtunes then, but for an alternative world where unhurried immersion and quiet advancement are key.