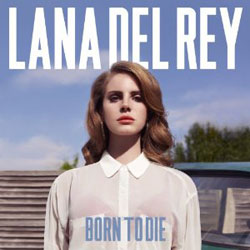 In the eight months or so since the video for Lana Del Rey’s single Video Games slipped onto YouTube, she’s undergone an entire career in fast-forward: critical adoration, followed by perceived over-exposure, followed by the inevitable backlash. While it’s no surprise to see someone being built up and knocked down, it’s unusual to see it done in such a short space of time.

For those who haven’t been paying attention, here’s how it all happened. In mid 2011, a mysterious video was uploaded to YouTube, featuring hazy, vintage archive footage set to a gorgeously woozy ballad that wouldn’t have seemed out of place in a David Lynch film. Self-styled ‘tastemakers’ picked up on it, and when a similarly themed song called Blue Jeans appeared, it’s fair to say that the blogosphere fell over itself to throw praise at their new postergirl.

Then, the rumours started: those lips were surgically enhanced, a huge major label was actually behind her, Lana Del Rey wasn’t even her real name, as she’d released a previous, very different sounding album under the name of Lizzy Grant, she was actually Kerry Katona under an assumed name (one of these rumours may not be true). When word came out that Fame Academy winner turned songwriter for hire David Sneddon had collaborated with her, you could hear a million hipster nooses being prepared, with a simple 4 word note left behind: “what have we done?”

So is there actually anything in the music that will prevent Lana Del Rey disappearing into obscurity in a way that similarly ‘unauthentic’ manufactured pop puppets who had to change their name, such as Robert Zimmerman and James Osterberg, fell into? The answer, in an inevitably and maddeningly inconclusive way, is ‘possibly’.

Born To Die certainly has its moments – it’s full of lush, orchestrated pop, with choruses to die for and Del Rey’s smokey drawl sounding impossibly seductive. Video Games and Blue Jeans, despite suffering Adele-style levels of ubiquity in recent months, still sound achingly beautiful, both of them sounding like the saddest love songs ever written.

The title track’s string section is also beautifully orchestrated, and while the overall mood is downbeat and lovelorn, the odd up-tempo moments are surprisingly danceable – Diet Mtn Dew and Off To The Races in particular stand out with breathy half-rapped vocals from Del Rey, and a ridiculously addictive beat that has you wiggling in your seat throughout.

However, while there’s plenty to enjoy on Born To Die, there’s also plenty to disappoint. The lyrics, in particular, seem to fit to a template that soon becomes wearying: Lana falls in doomed love with a bad boy, pledges she’ll love him till she dies, tells everyone how crazy and generally ‘bad’ she is, and proclaims a bizarre fondness for red dresses, which are mentioned so many times you almost expect Chris De Burgh to hove into view.

National Anthem (the song that the aforementioned Sneddon had a hand in writing), for example, would have been one of the best tracks on the album – another soaring string arrangement, a big, glorious chorus designed to be played loud, and then it’s all spoilt by Del Rey warbling: “money is the reason we exist, everybody knows it, it’s a fact, kiss kiss”. Million Dollar Man, despite sounding like the best Bond theme never written, is brought down by a chorus full of cliches like “one for the money, two for the show”.

The album could also do with some editing, as the lack of variety soon begins to show. It’s very much a ‘front-loaded’ album, so while it gets off to a bright start with Off To The Races and the singles featuring heavily, the last half of the album is full of anonymous plodders like Carmen and Summertime Sadness. A more judicious editor may be needed for Del Rey’s follow-up album.

Yet there’s just enough promise here to show that there is indeed talent beyond all the hype. While it may not be a perfect album, Born To Die does suggest that the orchestrated backlash may well be a bit premature.