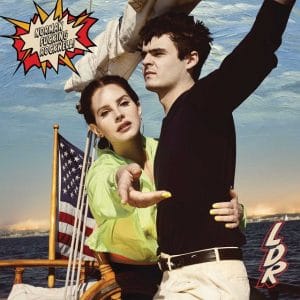 Given how much unwarranted criticism Lana Del Rey received from certain sections of the music press when she first appeared, it’s pretty astonishing that she’s now released her sixth studio album. They naysayers who complained she was “inauthentic” and “all style and no substance” have become pretty quiet while Del Rey has reached the stage where she’s being namechecked by the likes of Billie Eilish as an influence.

Like her previous records, Norman Fucking Rockwell! (a contender for album title of the year, surely?) is very distinctly a “Lana Del Rey album”. There’s the smokey, languid ballads, the tales of bad boys and doomed girls and songs seemingly soaked in a woozy, narcotic haze designed to be listened to while wandering round California in the sunshine.

That said, repeated listens to NFR! make it clear that, in parts, this is a bit of a subtle departure for Del Rey. It’s far more stripped down than her previous album Lust For Life, and the hip-hop influences showcased on that record are nowhere to be seen here. There’s also some nods to rock music, such as the cover of Sublime‘s Doin’ Time (which, if you weren’t familiar with the original, sounds very like a Del Rey original) and a song called Cinnamon Girl which, sadly, is not a cover of the Neil Young song of the same name.

Teaming up with Jack Antonoff – who, after his work with Lorde and Taylor Swift, must be the busiest man in show business right now – proves to be an inspired move. Rather than the pounding synth anthems he’s made his name with, Antonoff knows just how to bring out the best in Del Rey. Love Song just sounds like a warm hug from the opening note, and Mariners Apartment Complex is breathtakingly gorgeous from its opening piano chords.

Then there’s Venice Bitch, which is the best thing that Del Rey’s ever written – it’s an audacious move to include a nine minute song, but its sprawling nature suits Del Rey perfectly. From the opening line of “Fear fun, fear love, fresh out of fucks, forever” to a melody that sounds like Mazzy Star at their winsome best, it’s a song that you never want to end. Which, at times, it feels like it never will – even some unexpected noodling on an analogue synth just adds to the song’s majesty.

Lyrically, she’s still treading that fine line between genius and self-parody. You won’t find many better opening lines than the title track’s “goddamn man-child, you fucked me so good that I almost said ‘I love you’ while Joni Mitchell is referenced in Bartender (“all the ladies of the canyon, wearing white for their tea parties”). On the other hand, she’s quite happy to throw in a clunker like “if he’s a serial killer, then what’s the worst that can happen to a girl who’s already hurt?” – to which the answer is, presumably, ‘quite a lot, Lana’.

In common with other recent Del Rey records, the hour-plus running time means that the album does outstay its welcome a bit. By the time Bartender and Happiness Is A Butterfly roll around, you’re likely to be in the mood for a bit of a nap. However, closing track Hope Is A Dangerous Thing For A Woman Like Me To Have But I Have It is almost as good as its title, and is a fine way to round things off.

By this point, she’s probably preaching to the converted, and won’t attract anyone previously immune to the Del Rey charm – yet this is probably her finest record since Born To Die, and this new partnership with Antonoff ensures that her next move will much anticipated.