Lanterns On The Lake – Beings 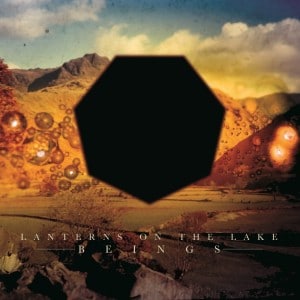 There’s a real sense of evolution written all over the third album from Lanterns On The Lake. When they first appeared, with Gracious Tide Take Me Home in 2011, they could be handily pigeonholed next to the likes of Sigur Rós or Low: all hushed orchestration and fragile moments of melancholic beauty, with Hazel Wilde and Adam Sykes on joint vocal duties.

Sykes then left the band, and the follow-up, Until The Colours Run, saw more focus fall on Wilde, together with a harder, angrier, more political edge. Now, we have Beings, which sees the Newcastle quartet step up their development even further.

The feeling of sadness – even bleak devastation – that they’re so good at conveying remains (opening track Of Dust And Matter sees Wilde singing of passing out on the kitchen floor, with a drink in her hand), but there’s also a sense of urgency and hope. As perhaps the pivotal lyric of Of Dust And Matter puts it: “in my greatness, I vowed to destroy all I am. It brings out the best in me”. While they certainly haven’t destroyed all that’s great about them, this new focus is certainly bringing out the best in Lanterns On The Lake.

Guitarist Paul Gregory is once again on production duties, and he’s subtly moved the band’s focus away from chiming guitars to pianos, string and brass. It’s a move that suits them, especially combined with Wilde’s evocative voice. The first single to be taken from the album, Faultlines, is a majestically sweeping affair, built on some gorgeously rolling piano chords and imbued with a strange sense of impending doom: “it’s not the same since the old girl died” as Wilde puts it. Like much of the album, it’s a song of contradictions – unsettling yet also strangely comforting. Gregory’s also mastered the ‘quiet-loud-quiet’ dynamic that’s served the band so well in the past – I’ll Stall Them adds some beautifully atmospheric brass into the mix, and it builds beautifully to a heart-stopping crescendo.

Through The Cellar Door also creates a magnificent cacophony, while Send Me Home is a beautifully still, woozy ballad which shows off Wilde’s breathy vocals to their very best advantage. Maybe the most evocative moment though is the title track, which ebbs and flows gorgeously though its six minute running time. Much like one of their finest songs, I Love You Sleepyhead, it’s a track that’s destined to produce both tears and goosebumps. Amongst all this, there are hints of yet more previously unexplored musical territory which bodes well for future albums – the glitchy electronica burbling in the background of Stepping Down or the bubbling emotional tension in The Crawl.

This is an album that needs to be lived in, that you need to be fully immersed in – it’s only after a few repeated listens that the beauty of Beings really kicks in. It’s an album that may not crack the Top 10, but to those who succumb to it’s beguiling atmosphere, this is a record that will live with you for some time to come.