Lanterns On The Lake – Spook The Herd 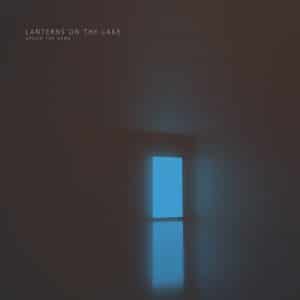 When a band finally fulfils their potential, it’s a glorious thing to hear. Newcastle’s Lanterns on the Lake have always been hurt by faint praise. They’ve been erroneously portrayed as a little bit of a soft-touch, reduced sugar, low fat version of Siouxsie & The Banshees, who release albums of varying quality to a weepy audience that intend to write in artisan journals well into their mid-20s. It’s a narrative that’s hung around them like an albatross, and let’s hope that with Spook The Herd – their fourth and best album – that they finally get the recognition they’ve always deserved.

Because this thing is harder, meaner, leaner and badder than any of their previous albums – a true distillation of what they do. If they are forever to be understood by comparisons to other bands, then let this be seen as their Tinderbox, their Disintegration, their Ocean Rain: This album is all the proof you needed that their excellence was staring right at you all along, you just failed to truly see it.

The album opens with When It All Comes True, which has a stately post-rock heft and some thunderous percussion. Singer and songwriter Hazel Wilde’s voice is front and centre, with all its yearning and melancholy and beauty. The drums throughout the album sound like they’ve been mic’ed up for a metal record, but none more so than here, with acres of space around them for dust to settle between battery hits… the cymbal shots alone deserve five stars for how well they’re placed in the mix.

Baddies is a roaring gothic rocker that threatens to implode under its own weight, with chiming guitars and strings and booming drums layered on top of each other, but never to suffocating proportions. It’s heavy without ever closing the room around the instruments – each layer is meticulously laid out, and instruments never compete for attention as a result.

Every Atom is more contemplative (but no less monolithic) than the previous songs, with a prominent piano line and a yearning vocal about nostalgia and lost love. The drums take a turn towards the tribal sound of Pornography-era The Cure with Blue Screen Beams, before fuzzy Sigur Rós-esque fuzz guitars leads us directly into a Disintegration-sized chorus. It’s a masterpiece, and amongst the best songs that Wilde has ever written.

Across the rest of the album, Lanterns On The Lake summon the ghost of Mazzy Star (A Fitting End) and combine heavy instrumentation with intense psychedelic flourishes (Before They Excavate). They aim for the stars (Secrets and Medicine) and your gut (Swimming Lessons) and succeed with both. This is unlike any previous Lanterns On The Lake album, owing to the sheer consistency in the quality of the tracks – nothing here sticks out as being less than fantastic.

Perhaps the marked change in end result is down to a change of setting. Spook The Herd is the first time that the band haven’t recorded in Newcastle. They decamped to Distant City studios in Yorkshire, and entrusted a producer to help them get the album over the line. It was, as it turns out, a wise decision. “We are a pretty insular band in how we work, and trusting other people enough to allow them to get involved is not always easy for us,” Wilde said, of their decision to open up to a producer – and it’s paid off.

This is a spectacular, rich and luscious album made up of a variety of sounds that many listeners will have etched into their minds and hearts forever. Comparisons to older bands now rely less on what Lanterns On The Lake sound like, and more what they feel like – Spook The Herd has an epic, operatic intensity that only the greatest artists provide. They can now count themselves among that number.