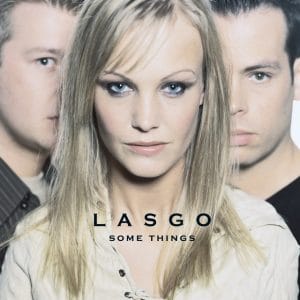 Once upon a time, the notion of a European dance act putting together a whole album of material would have been laughed out of town. But these days it’s not such a joke, even when it’s the Belgians who have mastered the art of squeezing albums out of a musical genre better-suited to the odd smash hit here and there. Ian Van Dahl had a crack at it with their album Ace earlier this year, and a string of hits to match as well.

The formula with trio Lasgo is a female lead on vocals, and a couple of guys twiddling all the right knobs in the background. Some Things stretches out to 15 tracks, including a couple of instrumentals, atmospheric hit single Something and follow-up hit Alone – which isn’t the obvious choice from a collection packed with quite a few toe-tapping gems.

On this album, the sense that songs have been created by numbers is not something to groan about, because these Belgians possess a simple, yet effective magic recipe for hits.

I Wonder is the clear stand-out which does the business on the dancefloor as well as in more reflective, private listening moments. Layers of rippled, trancey instrumentation and a gently pounding beat co-exist marvellously with those predictable drum rolls on I Wonder – and the formula is repeated on Pray. Evi Goffin’s strong vocals are also thrown into the mixture, which works a treat.

But this reliable blueprint has not been repeated throughout Some Things. It comes as a momentary shock to hear Evi get shoved to the sidelines in favour of David Vervoort on Don’t Belong 2 U. Somehow, it doesn’t sound quite right, despite his vocals verging on the feminine. Then Lasgo decide to veer even further away from their successful hit-making strategy, and in this instance the results almost threaten to tear the album apart.

They have a go at slow songs, and shimmy into the dark, uncharted territory of the ballad. Cry comes close to being a crime against humanity, with Lasgo’s electronica sounding tired, dated and every inch the worst excesses of Europap. And we have David warbling his little heart all over it again.

So the lesson to be learnt here is that Lasgo cannot stretch their trance formula to a whole album. Their decision to try their hand at balladry has turned out to merely bulk out this collection and make the listener rush for the excellent dance tunes which these Belgians have built their reputation on. Maybe, then, a whole album of dance tunes is a bridge too far – even for these inventive Belgians.