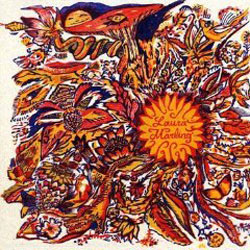 Listening to Laura Marling‘s debut album makes you realise how inaccurate shoving people into ‘scenes’ can be.

When Marling first appeared last year with a couple of low-key EPs and the inevitable MySpace following, some journalists were quick to label her part of the ‘LDN songstress’ group, purely because she’s young, female and comes from the south of England. In actual fact, she’s about as far removed from Lily Allen, Kate Nash and Adele as…well, they are from each other.

In fact, if there’s one female songwriter who Marling does resemble, it’s Kathryn Williams. Her songs are similarly sparse and fragile, with some astonishingly mature lyrics framed by beautifully pretty melodies. At first listen, it all sounds a bit dirge like, but once you hear the album a number of times, her talent becomes clear to see.

Alas, I Cannot Swim opens incredibly strongly with Ghosts, already one of the contenders for single of the year. It’s a beautifully frail song, embellished with some lovely harmonies and lyrics that hint at an old head on young shoulders – “Lover please don’t fall to your knees, it’s not like I believe in ever lasting love” runs the refrain.

On first hearing, you may think this is a purely acoustic album, but repeated listens throw up some subtle treats – such as the muted trumpet on Failure, the strange, eerie near-tango melody of the ‘interlude’ of Crawled Out Of The Sea, or the way that Cross Your Fingers (a future single, surely?) skips along beautifully.

Marling has a strong voice, and she doesn’t have to resort to wailing or stretching out her vowels either. At times, she reminds one of Beth Orton, at others her contemporary Emmy The Great is brought to mind. Yet she’s more of a songwriter than a singer – listen to the dark lyrics of Night Terror (“I woke up and he was screaming, I’d left him dreaming”) which slowly builds up the dread quite expertly.

My Manic And I treads a similarly dark path while sounding deceptively pretty, while Your Only Doll showcases her way with intriguing lyrics. The only criticism may be that there isn’t much variety here, with all songs sticking to a similar tempo and feel – but then again, you don’t expect Laura Marling to suddenly start competing for the title ‘Queen of Crunk’.

Sadly, there’s no room for two of Marling’s most impressive early songs, New Romantic or London Town – but if she can easily fill a 12 track album without reverting to her early songbook, that has to bode extremely well for her future. As indeed does this album.