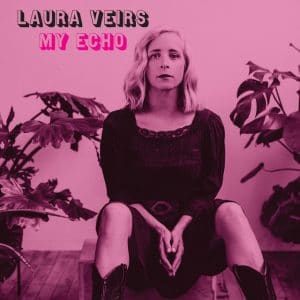 Albums are often like musical diaries, reflecting key signposts in the lives of their creators, but the latest from Laura Veirs is very close to home. While it is common for birth and death to act as the spark for a long player, marriage and particularly divorce are less common, yet that is what Veirs has done here, joining the likes of Fleetwood Mac in documenting the closing pages of her marriage on record.

Veirs was married to producer Tucker Martine for 19 years, living and working closely with him right through the sessions for the 10 songs here. Yet they parted during the making of My Echo, together in the writing and recording but separated for production. It would seem their split was less acrimonious than the fabled example of Fleetwood Mac’s Rumours, but at times in the album Veirs’ lyrics are loaded to almost unbearable poignancy. In her subtle way she leaves every emotion out on view, singing clearly of love, life and loss.

The stories are utterly compelling, told in a strong and steadfast voice, but one that can coo softly in the most charming way. Yet on songs like Turquoise Walls, the listener hangs on every word as she stares at the boundaries of her room. “I tossed and turned and threw the blankets off,” she sings, “I could not sleep thinking you were keeping someone else’s pillow warm.” The walls close in on her attempts to cut loose on Freedom Feeling, but here there is impressive inner strength with the help of a beautifully scored string section and boldly struck drums.

Listening to I Sing To The Tall Man is like eavesdropping on the most private of dedications. “I sing to the tall man who moves the faders,” sings Veirs, with her then husband in mind. “Come and rest a while in my song, nothing’s wrong.”

My Echo could have been a downward looking album about failure and a breakdown of trust, but instead it proves to be the opposite the opposite. Another Space And Time ends with a softly chanted loop, while Memaloose Island coos “I was glad to be alive,” the upper register of the singer’s voice resonating beautifully. The instrumentation is rather lovely too. The soft thrumming of the piano on End Times, Bill Frisell’s sensitive guitar work, the sinews of the string arrangements – all are an exquisitely crafted part of the story.

Everything comes together for closing song Vapor Trails, which has enough beauty to stop the heart, especially when heard in the company of the sunrise, as this listener had the privilege in doing. Central to its success is the second vocal from My Morning Jacket’s Jim James, who starts almost ambivalently but comes through to share equal billing with Veirs in a duet of rare beauty.

The song provides the ultimate consolation at the end of an album which is sometimes difficult but never less than involving, and ultimately ends with Veirs in a better place than where she started. Listening to the music in the knowledge of its back story makes for a poignant experience, a reminder of how music can be an incredibly cathartic means of expression for both listener and artist. When political authorities the world over are taking the power of the arts to heal, move and inspire for granted in almost every way, that point is worth hammering home at every opportunity.