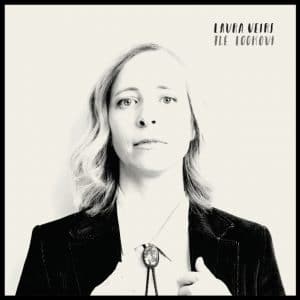 It’s hard to believe that Laura Veirs started her musical career 20 years ago in a punk band, so is suited her voice and storytelling to folk-pop. During the ensuing time Veirs has honed her craft, working with long term collaborators and occasional label mates Tucker Martine, Karl Blau, Steve Moore, Eli Moore and Eyvind Kang. Now she has produced The Lookout, her 10th solo studio album, which works as a deceptively simple ode to the everyday and the need to pay attention to the fleeting beauty of life.

Seven Falls picks up on the sound developed on the critically acclaimed 2016 album case/lang/veirs, and tells of the fickleness of human nature. Slide guitar and vocal harmonies add a sense of the melancholic calling to mind My Maudlin Career era Camera Obscura.

Watch Fire, written with guest vocalist Sufjan Stevens in mind, is a finger picking warning shot against becoming too complacent. Stevens adds an echo of fragility against the imagery of the wild wolf lurking in the shadows. Heavy Petals, a simple arrangement with the addition of a ghostly woodwind section, treasures the importance of friendship.

The titular song mixes it up a little, ushering in the second half of the record. It lays out the album’s heart and soul, and underlines the need to cherish what is around you. The Lookout is full of allusions to the natural elements having corresponding human elements. That simplicity is compelling. Album closer Zozobra sweeps us you into a final protective embrace, “the people’s songs rose with fire.”

In The Lookout, Veirs has done what she does best. Instantly recognisable and comforting, she opens her personal world up as safe haven in these strange and noisy times, whilst still keeping you at arm’s length, listening for secrets.