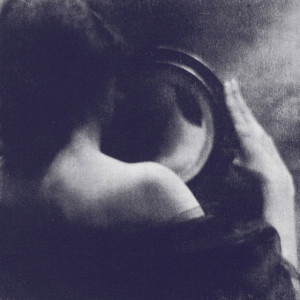 The genre of dark ambient/drone (both terms which struggle to accurately convey much of the music they are used to describe) has always been a highly personal form, with artists often working in isolation and to modest recognition and reward in producing music that captures a particular time, feeling or idea.

Over the last 15 years composer and sound artist Lawrence English has been a key, if understated, presence within this musical scene, releasing albums on some of the most respected and experimental labels of the genre – Touch, 12k, Experimedia and Important amongst others. Latest album Wilderness Of Mirrors however sees him return to Room40, the label he heads up from his base in Brisbane, Australia.

He’s been refreshingly open about its origins – primarily being a response to seeing bands like Swans, My Bloody Valentine and Earth play live and specifically the primal and physical impact their music has exerted on him. Throughout Wilderness Of Mirrors the correlation is evident but for many it may be the soundscapes of Tim Hecker that provide the most immediate point of reference.

Yet, there’s no danger of these comparisons overshadowing the album – it’s another carefully crafted, meticulously detailed offering that comfortably holds attention whilst feeling like it has something distinct to add to the (already well-explored) genre.

There’s also something vivid and impressing about how the album flows and unfurls structurally, in particular in relation to the self-balancing and self-correcting sequencing of tracks. There appear to be several instances of musical ‘cause and effect’ at play – one track impacting directly on to the next. The towering, overhanging sound structures of opening track The Liquid Casket for example appear to produce a reaction in the title track that follows. It’s as if the stresses and trails found within the latter have been directly elicited by the mass of sound contained within the former. In this sense there is something quite alive and organic about the album.

Similarly, the low key contrasts of Guillotines And Kingmakers imply retreat and recovery and are followed by the tactile plumes of Another Body which signal a regrouping and aesthetic strengthening of sorts. As the album progresses it feels like a series of small, interlinked episodes being revealed. A sense of distanced contemplation briefly drifts through Wrapped In Skin before being interrupted by the destructive, looming drones of Forgiving Noir. Graceless Hunter and Hapless Gatherer meanwhile achieve a more settled and consistent sound to close the album.

The pace and scale of modern music can occasionally threaten to overwhelm, but affording time to these smaller personal statements often ends up delivering greater rewards. It’s a view backed up by similarly-placed, below-the-radar albums released this year by the likes of Hiss Tracts, Petrels, Origamibiro, Porya Hatami and Olan Mill/Keung Mandelbrot. On top of these, Wilderness Of Mirrors provides satisfying proof that there is still plenty of value, purpose and life left at the margins.