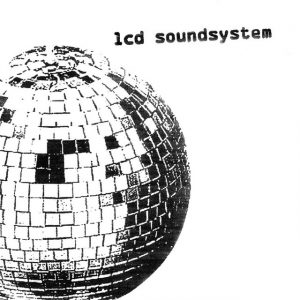 The amount of material written about LCD Soundsystem is vastly disproportionate to the amount of material they’ve produced. True, the three singles released (Yeah, Losing My Edge and Give It Up) are all so barn-stormingly great to almost warrant the spasms of critical joy from the “edgy” quarters of the press, but the band seem to have been at the apex of what’s “cool” for so long that you might assume that this album is at least six months out of date. You can almost hear the hipsters cry: “LCD Soundsystem? So last year daaarling…”

Not that James Murphy, one half of the DFA production team and the main man behind LCD Soundsystem, appears to care about being cool. Because while you may have been led to believe that this is pretentious music for pretentious people to play at their pretentious events, that couldn’t be further from the truth. There may be a party going on in Mr Murphy’s CD, but everyone’s invited, regardless of age, creed or haircut.

And it sounds like a totally fantastic shindig, complete with a host who seems to view the whole thing as a bit of a laugh. If he’s not busy indulging in a bit of lyrical self-mockery, as he sings in the wiry, new-wave aping Movement: “It’s a fat guy / In a t-shirt/ Doing all the singing!”, he’s painting himself as a geeky music fan fawning at the feet of (supposed superstars), as per the obsequiously titled opening track Daft Punk Is Playing At My House.

Thing is, despite these bouts of self-deprecation, both Movement and Daft Punk Is… are fantastic in a totally unironic way, skewering genre after genre, punk, funk, dance, disco, rock, pop, electroclash, to create marvellous kebabs of songs, so full of energy they’re like siren calls to the dancefloor.

In fact, the first four songs are blinding. Too Much Love sounds like what Fischerspooner should have been if they were, you know, good, Tribulations is like New Order if they were still, you know, good, and those, when book ended with the aforementioned Daft Punk Is… and Movement, create an opening quartet which sounds so of-the-moment to suggest that while the DFA may have helped create a shed-load of great music over the past few years (The Rapture and Radio 4 to name but two), they didn’t give away all of their best ideas.

Sadly, like most parties, it sags a bit in the middle. Never As Tired As When I’m Waking Up is an unwelcome change of pace into Beatles psychedelia, and both On Repeat and Thrills suffer from lacking some of the excitement present in the previous songs. But hey, that’s why CD players have skip buttons, isn’t it? Anyway, you can console yourself with the bonus second disc which contains early LCD Soundsystem material, of which the still hilarious, hipster-crisis-of-confidence Losing My Edge and supremely blasé sounding Yeah deserve special mention.

As we are precisely 24 days into 2005, I’m not going to make any ridiculous proclamations about this being one of the best albums of the year. Though I’m sure someone, somewhere will. What I will confidently predict is that this year you’ll be hard pressed to find an album that’s more enjoyable, funkier, danceable and, dare I say it, cooler. So there James Murphy goes: still a fat-guy in a t-shirt, still poking fun at the scene that adores him the most and still riding the wave of the zeitgeist with a sardonic grin. Let’s all salute him.