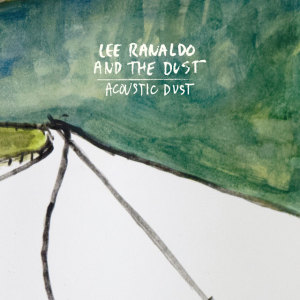 It’s tough being a legend. Inevitably, every step you take will eternally be compared to past achievements and despite Sonic Youth co-founder and guitarist Lee Ranaldo being rather an unsung hero alongside the ex-couple and driving force of the band, Thurston Moore and Kim Gordon, he’s no slouch when it comes to creativity. After the band’s messy demise in 2011 that became impossible to avoid following Moore and Gordon’s relationship dissolution, ex-members have all had a go at their own thing with largely successful results.

A solo career has always been on the cards for Ranaldo, with most recent sub-Sonic Youth efforts The Grateful Dead inspired Last Night On Earth from last year and its predecessor Between The Times And The Tides from the year before making up the crux of this live effort. But there’s far more to the man. A truly all-round artist, he’s no stranger to holding his own exhibitions of sketches and other art, with his abilities stretching to video making, book writing and record producing.

The recording of Acoustic Dust came about by chance; the band (including Sonic’s drummer Steve Shelley) were on tour when a Moroccan festival appearance was cancelled at short notice. With a big hole in their schedule, they promptly found themselves in a Barcelona apartment and then a small studio laying down 14-15 tracks for an acoustic album before 2013’s album had even been completed. The material for the aptly named Last Night On Earth had mainly been written on an acoustic by Ranaldo in the immediate aftermath of Hurricane Sandy when his New York home found itself without power.

Songs chosen for this acoustic release arrive from three main sources: the two aforementioned albums, plus three cover versions – Revolution Blues (Neil Young), Bushes And Briars (Sandy Denny) and You Just May Be The One (Mike Nesmith). Whilst Revolution Blues is a decent enough cover, it’s a bit like teaching your grandmother to suck eggs – a Neil Young acoustic track performed by anyone else is always going to be second rate when compared to a Neil Young acoustic track performed by Neil Young. “It was such a drag to hear him whining all night long”, the lyrics state. Sadly that’s not that far from the truth when you hear this rather pointless cover.

Bushes And Briars fares a lot better, sounding a little like R.E.M. performing an acoustic set although the religious connotations may put some off despite some gorgeous acoustic plucking adorning the sub-three minute cut. You Just May Be The One is possibly the strongest of the three, not least helped by the fact it’s probably the most melodic.

Ranaldo’s own songs offer little more than what the covers achieve. Album opener Hammer Blows is one of the stronger of the tracks despite the loss of the psychedelic feel of the original; unfortunately acoustic efforts often fall short of their originals unless of course you have an absolute gem of a song up your sleeve like Band Of Horses did on their Acoustic At The Ryman collection from earlier this year, with the impeccable Funeral amongst others. The tambourine accompaniment for Angles adds an extra dimension but it’s all a little unexciting. Stranded raises the bar with its delicate vocal harmonies and country twang but it’s all wearing a bit thin by now although closing track Home Chords benefits from more prominent percussion in a last ditch attempt to create something special but it still comes up a little short until a decent guitar solo rescues it from anonymity.

Unfortunately, Acoustic Dust suffers from the age old problem that acoustic albums generally face – lack of variation. Whilst there’s a little mileage in this collection when sitting in front of an open fire with a whisky, there’s basically not enough here to warrant its release when the two recent albums do a better job. With nothing exceptional on offer, it’s hard to see this album doing much more after a couple of plays than gathering dust.