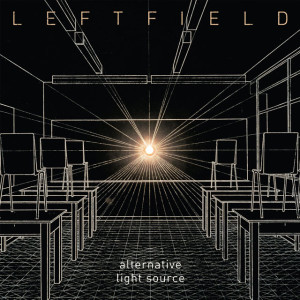 Some of the best things in modern cultural life are restricted to two instalments. Fawlty Towers, The Office and Phoenix Nights all played out over just two series. The Stone Roses achieved their creative peak with just two albums.

Until recently Leftfield were members of that exalted company, but the name has recently broken cover for the first time in 14 years, Neil Barnes now poking his head back above the parapet in a solo capacity. His comeback – added to his contemporaries with rather shorter absences (The Chemical Brothers, Underworld and The Prodigy) – completes the set for nineties dance revivalists, but it is a big risk indeed, following the classic and highly influential albums Leftism and Rhythm And Stealth. It is therefore to Barnes’ enormous credit that Alternative Light Source sits relatively comfortably in the company of its illustrious predecessors. So how has he done it?

To start with he has done little to change a winning formula, for in several aspects the third album is merely an expansion on the template of Leftism. There are mood pieces, driving rhythms, urban pictures depicting life at street level in 21st century Britain, with vocal guests representing the present and future of electronic and urban music. These are well chosen, for in Poliça’s Channy Leaneagh and Sleaford Mods’ Jason Williamson there are singers who understand what Leftfield are about, and who have absolutely no aspirations to be divas. Tunde Adebimpe from TV On The Radio completes the set on an authoritative Bad Radio, the album opener.

As for Williamson, his turn on Head And Shoulders is one of the album highlights, the “dandruff warriors” with their “scalp and chips” and “chicken in a basket” described in scabrous tones. It is a timely reminder that Leftfield effectively provide the template for dubstep, but shows a willingness to push it on from where it is now. Then there is Leaneagh’s contribution to Bilocation, her cool vocals offsetting the brooding bass line and rock solid break beat.

There are some spine-tingling moments here. When the beat drops in Universal Everything the lights have gone up full and everyone on the dancefloor has become a seething mass of movement. It is the equivalent to Open Up – with tempo and key pretty much identical – but still sounds present day in the way that one does. And if that wasn’t enough Little Fish hits a similar groove, this time with the addition of a disorientating vocal, which proclaims “for all the ways that I love you, I don’t know you at all”. It is the equivalent of Leftism’s Space Shanty.

The orchestral icicles generated by the opening chord of Storm’s End are like a scene from a disaster movie immediately after impact, the bassline hovering just above the ground. This is followed by the calming guitar of Light Source, a track swallowed into a weather storm at the end – out of which emerges the perennially bouncing rhythm of Shaker Obsession.

From this you will gather not a great deal has changed in the Leftfield stable, despite the reduction of crew. A third series, in this case, is one we can welcome with open arms, even if it isn’t fully the Alternative Light Source it purports to be. Now let’s see if Barnes moves his ship forward with the next one, and hope we don’t have to wait so long for it.