Leon Vynehall – Nothing Is Still 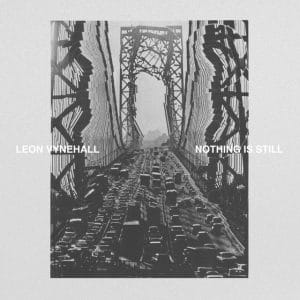 Leon Vynehall’s previous album, 2016’s Rojus (Designed To Dance), was a great deep house record, but the sound design and ambience that surrounded the grooves suggested something deeper still. This potential has been realised on Nothing Is Still, along with a conceptual framework based on his grandparents’ time in New York, with tracks much more suited to headphone listening than the dancefloor.

Cinematic is an appropriate word to describe the way each track encapsulates the mood of the story – a novella of the same title co-written by Vynehall is out now – but the album can be enjoyed just as much on its own.

Envelopes (Chapter VI) starts with reversed piano and hollow-sounding bass before a slow drumbeat kicks in and layers of strings slowly build to a big climax, while Movements (Chapter III) is a mid-tempo jazzy number with a pleasant swing to its saxophone counterpoint.

Trouble – Parts I, II, & III (Chapter V) provides a moment of intensity, with a punishing kick drum sidechaining abrasive noise as what sounds like a sampled gasp loops around, but most of the album is decidedly more ambient than that. In fact, the last minute of Julia (Footnote IV) goes to the other extreme: the track completely dissolves into reverb and filtered noise, leaving the listener floating in empty space.

Importantly for a concept album like this, the pacing is effective throughout with a good balance of light and shade, and because of this the narrative is consistently immersive and engaging. The last song, It Breaks (Chapter IX), winds the album down with waltz-time piano and poignant strings, and by the time they reach their last notes it feels like the end of a particularly well-scored film, with Vynehall having delivered on a lot of promise as a producer and author.