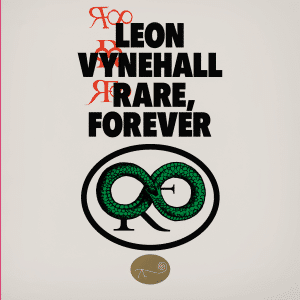 After the club-friendly vibe of 2016’s Rojus (Designed To Dance), and 2018’s heady, conceptual Nothing Is Still, British DJ and producer Leon Vynehall’s Rare, Forever serves as something of a compromise. It displays an affection for synth-laden ambience while also delivering uptempo grooves and cathartic, Overmono-esque bursts of energy, and the two are brought together with exceptional skill.

The record opens with the relatively downtempo Ecce! Ego!, its muted, swinging beat and fluorescent lead reminiscent of Boards Of Canada’s Roygbiv if it were remixed by Oneohtrix Point Never, before progressing to a spoken-word interlude punctuated by decaying slabs of sample.

By the time Snakeskin ∞ Has-Been rolls around, all spiky syncopation and dynamic wubs, Rare, Forever has worn several influences on its sleeve but deftly eschews the derivative. The bass bumps, the keen use of flanger creates a disorienting effect and the general sound design has an appealingly ramshackle quality to it. It adds up to a definite album highlight.

Sometimes the euphoria of club music is evoked in a beatless setting: An Exhale features shuffling vocoded percussion that pings in tune with the track’s chord sequence, becoming more and more lush until the rhythms eventually fade into the background, leaving a sea of synth and sonorous bass in their wake. Meanwhile Alichea Vella Amor combines gentle, noodling saxophone with a cut-up sample and bass ostinato, Balearic bliss for decidedly non-Balearic times.

Penultimate track Farewell! Magnus Gabbro plays on conflicting emotions, at once dissonant and sickly sweet, as a distorted drone offsets the swooning synth loop. Extra sounds such as violin and running water are added to the mix, but the sound remains minimalistic, a tension that never resolves.

Vynehall’s potential has always been apparent, but Rare, Forever is a truly beguiling record – equal parts poignant and hedonistic – which allows his vast array of talents to shine.