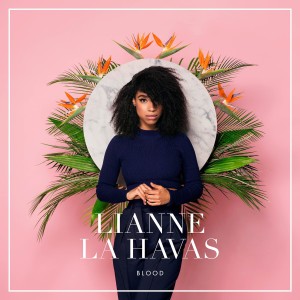 Big is better, right? That’s the question Lianne La Havas was effectively asking with first album Is Your Love Big Enough?, two years ago. Now she returns, turning up the volume as she does so.

Clearly she is blossoming as a vocalist, her development no doubt helped by recent songwriting and performing encounters with Prince. While the more acoustic approach of the first album suited a coquettish and relatively shy interior, Blood often throws caution to the winds as La Havas gets close to the mic, widens her vibrato, throws her head back and sings for all she is worth.

It helps that the subject matter is intensely personal, Blood being essentially a concept album about family and identity. The singer’s own blend of Greek (father) and Jamaican (mother) is a rich mix that demands – and gets – a similarly varied set of music to go with it.

Crucially the songs are not just personal for La Havas but can be interpreted as such for the listener, dealing as they do with themes of loss (Good Goodbye), repairing a relationship (Unstoppable) and brief but intense bouts of desire and regret (Never Get Enough). She has said how she finds it difficult to sing about anything other than personal situations, so these are her thoughts and feelings first hand.

On occasion however the pudding is over-egged, and the temptation to bathe the big vocal in a large amount of studio dressing is too much for the production team. This includes Paul Epworth, who brings to Unstoppable a swooning accompaniment that feels like the application of too much perfume. Get Enough is sultry and vamps up the chorus with the use of a vocoder and distorted keyboards, but here too the ‘cutting loose’ feels more contrived than natural.

Aqualung and Jamie Lidell take more subtle and effective approaches on the gorgeous muted strings of Wonderful and distant brass of Green And Gold respectively. These two are arguably the most personal of her songs, La Havas singing how “electricity lingers in our fingers” in Wonderful, while bringing together the elements of her history in a softly sung and carefully thought Green And Gold. The rather beautiful loping accompaniment calls to mind the finest American R&B.

The sense of vulnerability has not entirely departed – “I grew a thickish skin but now it’s wearing thin”, she sings on Tokyo – but on Midnight the singer delivers a really classy bit of soul with attitude. “If you could see what I see you’d dare to dream,” she declares. “Come be in my army, there’s no other way”.

The bold pink of the album artwork suggests La Havas’ renewed confidence, and with a voice as fine as hers she is right to feel that way, because on Blood she largely succeeds in harnessing her instrument to reveal the thoughts within. Big isn’t always better, but it tends towards triumph here.