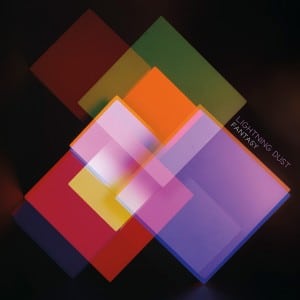 The relevance of music originating from Canada has surged in recent years, most notably courtesy of Arcade Fire whose three albums to date have firmly established them as one of the biggest bands in the world.

Another high calibre band – although less heralded globally – is stoner rock outfit Black Mountain. Residing in Vancouver, British Columbia, they have also released three albums, the latest of which Wilderness Heart flirted with the UK album charts, peaking at a modest 45 in 2010. Various side projects have emerged from the group, generally treading a different musical path from their parent band; the most successful of these splinter groups is Pink Mountaintops, led by Black Mountain’s main driving force singer/songwriter Stephen McBean.

Lightning Dust consists of two of the group’s other members – singer/guitarist Amber Webber and percussionist Joshua Wells. The music produced by the duo is a far cry from the heavy, at times psychedelic rock produced by Black Mountain, following instead a far softer direction. Webber has stated that this is a vehicle that provides an outlet for her sparse minimalist yearnings, wrapped up in basic electronica with a touch of goth thrown in.

Fantasy follows on from the 2007 eponymous release and 2009’s Infinite Light, the latter achieving considerable critical acclaim from many quarters with the development from their initial offering clearly evident.

Opening track Diamond is a thing of beauty; a sad, sorrowful relationship tale blessed with limited percussion, desolate vocals and ’80s synths, featuring heartbroken lyrics like “whisper to me that you’ve had enough, apologise that you’re not in love”, tugging at the heartstrings in the process. Along with the more upbeat Fire Me Up, there is a distinct ’80s soundtrack flavour to Diamond that would sit pretty on any John Hughes film of that era. Admittedly, that doesn’t sound like a recipe for success but these tracks are where Fantasy actually delivers some of its finest moments.

Webber’s voice has undoubtedly improved over time. During the early years her backing vocals with Black Mountain featured a vibrato effect that at times bordered on irritating; the quivering, wavering tone achieved mixed results, sounding feeble and weak against the stronger male vocals of McBean with the obvious contrast being occasionally intriguing but ultimately wearing. Thankfully, the vibrato is used sparingly on Fantasy – the most apparent usage, although far less overcooked than in the past, appears in Fire, Flesh and Bone against the pulsating bass synth that drives the track throughout.

Basic electronica is the most recurring theme herein, with the synths of Reckless And Wild sounding almost classical in their sequence, accompanied by a simple beat that ticks along beneath. This formula is repeated for the metronomic beat driven Mirror, along with both In The City Tonight and Loaded Gun, but the melodies are occasionally lightweight and apart from a doom-laden bass synth for the latter there is little in the way of unique or memorable elements.

Moon walks a goth-like path, sounding very All About Eve in the process; Never Again is another sombre and quiet affair and features but a fleeting glimpse of Giorgio Moroder-like tinklings. However, the album’s penultimate track, Agatha, is another delightful moment: a full on tear-jerker that oozes emotion from every pore as some classic cello is contrasted by softened violin.

At times Lightning Dust produce some sublime moments on Fantasy but there are too few of these to warrant repetitive plays of the album as a whole. Diamond, Fire Me Up and Agatha are all clear standouts that elevate the album considerably, but some of the remainder of the album is rather average. The progression made between Lightning Dust’s first and second albums was undeniably visible; to regain that progression, perhaps a little more attention should be given to unearthing more memorable melodies to accompany the minimal instrumentalism.