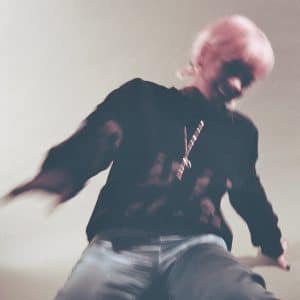 Listening now to Lily Allen‘s 2006 debut Alright Still, it feels almost innocent and naive, like watching a major film star’s early-career bit-part; looking back, you barely recognise the bright eyed young thing. On her first record for four years, Allen seems to acknowledge this, laying her cards on the table in a typically forthright manner.

No Shame plays out like an audio diary. In equal parts vengeance, rant, heart dump and celebration, it feels like Allen is checking in, letting us know where she is, how she feels, who she hates – like we’ve been given the password to her LiveJournal.

Whereas Alright Still opened with Smile – a joyous two fingers up to an ex – No Shame begins with Come On Then, with its chorus: “I’m a bad mother, I’m a bad wife, you saw it on the socials, you read it online… If you’re on record saying that you know me, why am I so lonely because no one fucking phones me.” It offers a bruising side-eye to the media, who’ve never quite known how to treat her. With her parental heritage, refusal to conform and act like a ‘normal’ celebrity, her outspoken gobbiness and the sheer venom with which she responds to tabloid stories, it’s hard to take this track as a tongue-in-cheek swipe. It feels like a release, especially coming first on the record, almost as though she had to get this one out of the way before getting on with the rest of it.

Trigger Bang sees an intro from rapper Giggs before an almost ironically prim sounding Allen takes over, explaining how she’s ditched friends to escape the drugs of her younger years: “And it fuels my addictions, that’s why I can’t hang with the cool gang, everyone’s a trigger, bang bang.”

So far, so cathartic. Then things quickly take a sharp turn to focus on her well documented divorce. “Don’t be upset babe, I’ve always said a man can’t own me,” she chirps in Your Choice, a song about jealousy and independence. Apples, a strummed, slower affair, sees her take a more spiteful turn: “…we weren’t even having sex, I thought I was only good for writing the cheques.” Three is of a similar, family-focused theme – detailing her guilt at leaving her three-year-old when she was on tour.

Musically it’s Lily as usual; a bit of electro, tinged with flecks of reggae and a few piano-led ballads thrown in for good measure. And that’s for good reason – old pal Mark Ronson is listed as a collaborator, producing two tracks, along with Vampire Weekend‘s Ezra Koenig, Burna Boy and Cass Lowe.

Lyrically, Allen is as candid as she’s ever been, but things have changed over the last decade – and even since her last record, 2014’s Sheezus. She’s grown up, had personal ups and downs, had more public spats. Allen has said that her goal was to make this record ‘as truthful as possible’: “I believe that we as humans work through things by talking about them… I think we are so led by outside forces in terms of the way we express ourselves nowadays, because we’re so scared of what comes back.” Well, she’s achieved that.

This is a deeply personal album; it’s the sound and pen of an artist who’s grown up in the public eye rewriting – or reaffirming – her identity. But that honesty sometimes comes at a cost. It’s heavy stuff, that at times feels more like an emotional release than an album she wants people to enjoy. Only with the last few tracks does she hark back to the upbeat, summery pop she’s perhaps best known – and loved – for.

Clocking in at 14 tracks, No Shame is an intense record; one that could see her sink or swim. There’s a sense that she’s drawing a line, and that now she’s aired her unfinished business, she’s ready for action. It would come as no surprise if album number five was just around the corner.