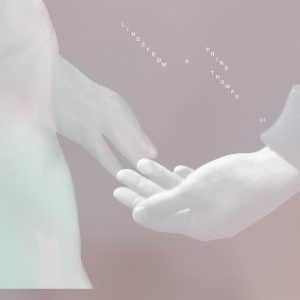 Extended grooves and mellow timbres are in abundance with Lindstrøm and Prins Thomas’ third collaborative LP, the aptly-titled III. The instrumentation is lush, and these tracks strike a balance between the shorter times of their debut and the more lengthy excursions of II.

The shimmering chords of opening track Grand Finale give way to a downtempo plod, all very atmospheric with solitary piano notes and Vangelis-esque sequence swelling in the background. Its mood sits between moody and dreamy, like so much of the best ambient electronica, and although misleadingly named it sets the tone nicely for the rest of the album.

III is not a record that makes too many demands on the listener’s attention: its instrumentation is calm, unintrusive and balearic, and the songs tend towards a slow evolution rather than a formal structure per se. Small Stream is a good example of this, chiming chords and a free-flowing electric piano solo lead into a syncopated bassline, shuffling 3/4 drums and later on a swooping, swaying siren.

The blissful pads and rattling beat of Harmonia is one of the highlights of the album, a jazz-influenced chord progression and soaring synth strings taking the track to another level and a cascading piano motif in the background the icing on the cake. None of this is particularly innovative, and it’s clear that Lindstrøm & Prins Thomas’ lengthy creative partnership isn’t leaving its comfort zone any time soon, but the effect is chilled, sublime.

The album ends with Birdstrike, a pleasant if muted tune with flourishes that could have been lifted from a mid-period Four Tet record. 808 kicks hum through the backbeat, a charmingly shambolic synth riff burbles away, and incidental percussive noises bookend the track, a fitting conclusion to a gentle LP perfectly suited for background listening.

More on Lindstrøm
Lindstrøm & Prins Thomas – III
Lindstrøm – Six Cups Of Rebel
Ones To Watch 2012: Part 5
Lindstrøm & Christabelle – Real Life Is No Cool
Lindstrøm – Where I Go You Go Too