by Thomas May
published: 5 Nov 2012 in Album Reviews
Tweet 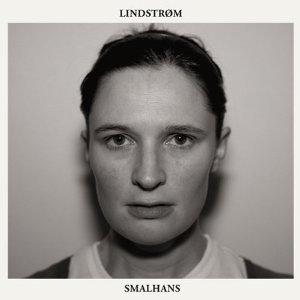 With the release of Smalhans, Hans-Peter Lindstrøm has entered into that elite group of musicians who have made albums entirely about food. Consisting of at least one other artist that I can think of, this fellowship of the culinary-minded has tirelessly fought for the proper recognition of the art of gastronomy within the musical sphere. Noble work, certainly, but with such a burgeoning musical canon of food-themed works already out there, what can Lindstrøm bring to the repertory that hasn’t already been covered? Indeed, with song titles like Raakost (ie. raw vegetables), Vossakov (ie. a sheep sausage made in Voss) and Eggedosis (in Lindstrøm’s own words: “what you get when you mix eggs and sugar with a blender”), Smalhans raises a worrying question even before its first notes are played: just how musical will Lindstrøm’s native cuisine turn out to be?

Well, if this record is anything to go by (which of course it is not), Norwegian food is perfectly agreeable but somewhat lacking in any depth or subtlety: good to serve up at a party, but only once everyone’s had a few and certainly not to be enjoyed on a quiet night over an expensive bottle of wine. Having listened to Smalhans, one might assume that everything served up in the Lindstrøm household is made from a just small handful of ingredients. This record is constructed from a spare palette of synths and brittle drum machines: an entirely synthetic soundscape lacking in any nuance or human warmth. Smalhans is minimalist in its means, but not the sense of the Scandinavian chic, less-is-more cuisine of Noma and the like: this is a decidely less-is-less, the-cupboards’re-looking-a-bit-bare fare.

Little more than a cursory look through Lindstrøm’s back catalogue will elucidate the downwards trajectory that the producer has been locked into for the last four years. Following the 2008 release of his sprawling masterpiece of cosmic disco Where You Go I Go Too, Lindstrøm has been struggling to hit the same heights a second time, perhaps coming closest on his wonderfully infectious collaboration with Christabelle, Real Life Is No Cool. In fact, to say that he has been “struggling” to recapture the essence of Where You Go I Go Too probably carries too many connotations of a concerted effort on the part of the producer: Lindstrøm’s music has slowly but surely begun to emanate a distinct sense of laziness and apathy.

The vastly diminished range of sounds on this album betrays an image of a producer tired of pushing himself out of his comfort zone: the iridescence and sparkling luminosity of Lindstrøm’s older recordings, the irresistible complexity of his sonic constructions, has all but disappeared, surrendered to the tyranny of pre-set synth sounds and thin, lifeless rhythm tracks. On this record, Lindstrøm continues in his recent trend of producing short form tracks, abandoning the elegant arc-like progressions of Where You Go I Go Too. Although these compressed structures afford him the opportunity to condense his music into a more focussed stream of hooks and beats, the absence of those seductively elusive, meandering passages has stripped his music of its allure.

That’s not to say that this album isn’t enjoyable; Smalhans is doubtless an entertaining set of danceable tunes and, as Lindstrøm’s second full-length record this year, it could probably be viewed sympathetically as something of a stop-gap between more significant works. The problem is that the air of insignificance that surrounds this record feels more like a logical continuation of the producer’s recent work than any sort of dramatic departure from it. Smalhans is simply another disappointing album from a producer who once seemed poised to become one of the more significant of his generation.