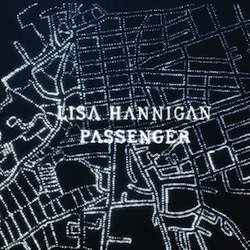 Much has been made of the very public falling out between Damien Rice and Lisa Hannigan a few years ago and many wondered what would happen to both musicians after their separation. In hindsight it’s clear to see that it may well have been for the best, for Hannigan at least. Whilst Rice hasn’t released anything of note for about half a decade, his old bandmate’s debut solo album See Sew found success in her native Ireland, across the pond in America and in the UK with a Mercury Prize nomination.

Two years later and Hannigan is now presenting her follow-up, Passenger. Travel, as the title and artwork suggests, is used as a recurring theme across the ten tracks but it’s not a concept album. As such, this isn’t a stereotypical “moan about being on tour” sophomore effort. Instead, it’s a solid folky pop album that takes Hannigan’s songwriting up another step, albeit one that feels more like a gentle hop rather than a gigantic leap.

Whilst Passenger isn’t an album about globe-trotting – it’s primarily about relationships instead – it does provide context when it comes to lyrics. The title track does its best to namecheck Salt Lake, Texas, Phoenix and Ohio to name a few. In stark contrast to this jovial jaunt during Safe Travels (Don’t Die) she anxiously warns someone not to bungee jump, ignore a strange lump or swallow bleach and worries about that person being hit by a lorry. This altering of moods throughout works pretty well and doesn’t feel jagged or clunky.

What makes Passenger such a rewarding listen though is the growth of confidence that shines through in abundance. Home, the opener, is sweeping in its arrangements and the vocals – lush but with a hint of quiver – soar. It all adds up to a thrilling first five minutes and Knots is equally as enchanting even if it’s not quite as heavy sounding.

There are several other strong songs to be found. O Sleep is a gorgeous duet with Ray LaMontagne that could well be about the painful waiting times in a long-distance relationship. Regardless of the meaning, it’s like She & Him without the sugary sweet stylings that sometimes makes their albums a bit of hard work. Little Bird and Paper House are breathtakingly elegant.

Passenger isn’t a big leap forward but it is a bold statement of intent that cements her status as one of Ireland’s most talented singer-songwriters. Some will undoubtedly wish that she was perhaps more adventurous in her sound – it would be interesting to see if she’ll do more up-tempo and richer-sounding songs like Home and Knots on future releases – but this is, in truth, a very minor point. It’s a self-assured and very cohesive piece of work. Lisa Hannigan’s journey as a solo artist continues to trundle along without any bumps in the road.