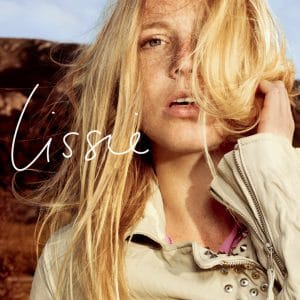 With her freckles and flaxen hair, Lissie Maurus conjures up images of her native Midwest, full of unruffled country charm. But in reality, the Illinois-born singer grew up listening to gangsta rap. By age nine, she was starring in the musical Annie. She then headed to LA to work on her music, which attracted some cool connections; after the EP Why You Runnin’, produced by Band Of Horses bassist Bill Reynolds last year, she returns with her debut album. It’s helmed by Jaquire King, best known for his work with Kings Of Leon.

Lissie is living the Americana dream, a musical reverie nestled between country, folk-rock and a tinge of pop. Catching A Tiger opens with the atmospheric Record Collector, her voice captivating us over a track that exudes a mix of melancholy and joy. Assertive drum beats lead the way for When I’m Alone, channeling Stevie Nicks. In Sleep navigates between different registers and arrangements, the intensity in her voice rising and falling like that of the Fleetwood Mac legend. The piano highlights the mellow Bully, the keys echoing her voice, but it lacks the strength of its predecessors. With its banjo providing the main sound, Little Lovin’ is perhaps the most country accented song on the album, but it eventually amplifies to something with even more body and mood.

And mood is aplenty on Stranger, set somewhere in the late ’60s/early ’70s. It’s Old California replete with sea breeze, desert winds and country air. Her delivery is faultless, the arrangement is immaculate, the song just plain fun. Pop-rock echoes through the equally catchy hooks of Loosen The Knot. And that is a key element in Lissie’s songwriting: her ability to write memorable, radio-friendly tunes reminiscent of early Sheryl Crow. Cuckoo misleads with its opening guitar riff, but it quickly falls into radio pop/rock territory, the sort of thing that’s been done and redone a thousand times over yet still finds listeners and buyers.

Everywhere I Go is a dreamy ballad where the guitar strings are played as delicately as a lyre. Her vocal range rises and falls with grace and precision, but the song doesn’t go any further. Her vocals often outshine the content, but she does build an emotional bridge with the listener. Her lyrics deal with broken relationships, and one can sense this album has been a sort of catharsis. Oh Mississippi adds the final note to the album, a solemn folk tribute to the “mighty river” running through her native town. It is really at Americana that she excels, whether it’s the sounds of the Mississippi or on LA’s Laurel Canyon.

Catching A Tiger has its moments of spontaneity, marking Lissie’s talent for songwriting and blending genres, but also of calculated engineering, designed to make her into the Next Big Female Songwriting Sensation. And she probably will be – if they stop attempting to make her into the next Sheryl Crow and let her talent sing for itself.