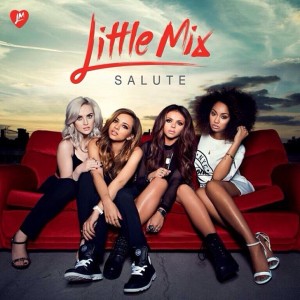 The running joke was that a successful UK girl group would never again emerge from a reality TV show. In a world where Girls Aloud were a one-in-a-million success story, each successive year of The X Factor saw band after band voted off, leaving viewers to shake their heads and lament voting habits and a public apparently unwilling to buy into the idea of a bunch of girls all getting on together.

And then came Little Mix – The X Factor’s last hurrah. And how wonderful they were. So bright, so sassy, so energetic. So very perfect for their target market. No wonder they swiftly attached their name to their own range of clothing. Last year’s debut effort DNA saw them delivering a surprisingly capable, if somewhat plastic album. It felt like the band had all bases covered, and most importantly, weren’t flogging their fanbase off with cheap American-sounding club pop.

So, a year later and with 12 months of success under their belts, what state do we find the good ship Little Mix in? If there’s one thing that surprises more than anything else on Salute it’s how brazenly urban the album is; it is indicative of the diet of a band raised on TLC and En Vogue and pushing for their presence at every juncture in the LP’s running order. In a climate of contemporary pop that skews more to synthetic, high-energy floorfillers, it makes for a refreshingly different listen, preferring to rely more on a frenetic combination of beats and juddering basslines than straight-up melodies.

From the Mary J Blige strut of Competition to the pumping Beyoncé-esque romp of the title track and the unconventional structure of lead single Move, Little Mix strive to paint a grubby boombox feel to the record. It’s the scrawled-on cassette tape of their youth, a love letter to a decade their prime fanbase probably barely remember. You’ve got to admire the strident ’90s-ness of the album; it’s bolshy, the attitude of a more innocent, twerk-less age.

But whilst it’s easy to praise Salute for daring to offer up something different as a modern pop album, and doing a very slick job of it, the album is missing something of the unexpected, giddy dynamism of Little Mix’s debut. Destiny’s Child homages like Little Me are all well and good, but it’s left to the glitzy after-hours glide of About The Boy and the anthemic, carnival-flavoured flamboyance of Nothing Feels Like You to offer choruses that come close to matching the unbridled pop joy of DNA. Honourable mention has to go to impossibly bleak piano-ballad Good Enough too, which offers up such tear-stained moments as “Am I still not good enough? Am I still not worth that much? I’m sorry for the way my life turned out.” It’s one for all the heartbroken teens out there.

Salute is an undeniably solid album, and has a lot more going for it than similar efforts from many of Little Mix’s pop peers this year. Now operating on a global level (their debut album went Top 5 in the US, the highest ever for a debut album from a British girl group, besting even the Spice Girls) – the group feel like they’re more aware of their identity now, more honed in on the kind of pop identity they want to push to the world. There’s room for improvement – a marrying of the sonic consistency of this album with the punch of the last one, and more of an onus on obvious out-of-the-box singles, for instance, would elevate it – but for the time being, Little Mix have more than proven they deserve their place in pop’s premier league.