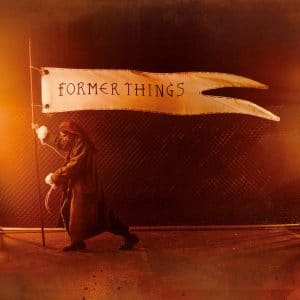 LoneLady (otherwise known as Julie Campbell) has been Manchester’s best kept secret for a while now. She’s never been the most prolific of artists – Former Things is just her third album since 2010 – but her previous two records seemed to perfectly encapsulate that particular area of the north west.

Former Things follows six years on from her last record Hinterland, and Campbell seems to be using a broader palette to work with this time round. The album was recorded in London for one thing, and although the Mancunian influences hold strong, it feels like a conscious step-up, creatively.

Opening track The Catcher kicks things off sounding for all the world like LCD Soundsystem being fronted by Róisín Murphy – it’s taut, tense disco-funk that draws you in straight away. Like all the other tracks on Former Things, it’s nearly five minutes long, which gives the song time to breathe and properly develop.

The title track is probably Campbell’s most accessible moment to date, a yearning, urgent slow-burner which shows off her strong voice to its best advantage. Treasure is another highlight, bringing that Mancunian influence back into play with some evocative New Order-esque guitars before spiralling off into another disco-funk floor-filler.

Appropriately enough for an artist who takes her time between releases, there are plenty of lyrical motifs about time passing. The Catcher asks the question “youthful wonder, it was all inside when I was a child… why does it fall so far away?”, while Time Time Time has a urgent, propelling quality to it, which gives the line “time keeps slipping away from me” so much more resonance.

As ever with LoneLady releases, Former Things is a true solo project – every instrument, every vocal, all the production comes from Campbell herself. Probably due to her new recording studio (a former shooting gallery in London’s Somerset House, reinvented as an experimental performance space), there’s an new expansiveness to her sound: songs such as Fear Colours and the edgy, paranoid Threats are designed to be played loud through the biggest of speakers.

At just eight tracks and clocking in at 40 minutes, Former Things is never in any danger of outstaying its welcome. There’s an argument to be had that some variety could improve the record, as there’s a definite template being stuck to. That’s not necessarily a bad thing though – LoneLady’s third album is the sound of an artist expanding her musical horizons and reaping the rewards.