Loney Dear – A Lantern And A Bell 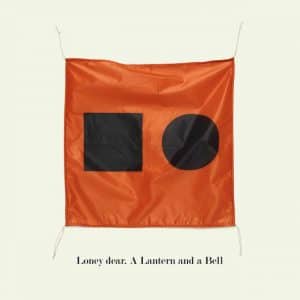 After a relatively quiet past decade, Svanängen has now signed to Peter Gabriel’s Real World label and – on the evidence of new album A Lantern And A Bell – undergone a subtle shift in direction. Recorded on Stockholm’s Södermalm peninsula, near Svanängen’s home, the influence of his surroundings is apparent throughout, with marine references in the lyrics and the sounds of water and sea bird calls woven subtly into the sonic textures of the songs. And while it’s still unmistakably a Loney Dear record, compared to the signature sound of earlier releases like Loney, Noir and Dear John, it feels decidedly sparse and unadorned, with the maudlin thread always present in his music thrust into the foreground.

Mostly built around just piano and Svanängen’s sweetly sad voice, the more reflective mood sharpens the listener’s focus on the singer’s enigmatic lyrics, rather than the kaleidoscope of instruments jostling in the background present on other Loney Dear albums. For example, on the single Trifles, we get intriguing nautically-inspired images like “sleeping like a carcass/waiting on bus stops/down was the new right/the biggest ship ever caught.”

Although there’s nothing on A Lantern And A Bell quite as exuberantly catchy as Loney, Noir’s Saturday Waits or Noone Can Win (which is maybe the point), Svanängen shows on the gentle waltz of Go Easy On Me Now and the hushed, hymnal A House And A Fire he can certainly still pen a winning tune. Overall though, this very welcome comeback from Loney Dear does feel a little too stripped back and one-paced at times, so while it’s certainly an interesting development in style, you are left wishing for a little bit more of the zip and zest of Svanängen’s earlier efforts.