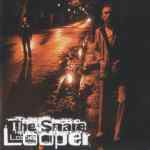 If ever there was an example of someone trying to be far too clever for their own good, Stuart David and his latest offering as Looper has to be it. As bassist with Belle and Sebastian, David had it very nicely made.

But, bored with “the traditional band format”, David forsook his position with the melodious Glaswegians for something a little artier. The result, Looper, part band, part performance artwork, have had their share of the underground limelight. But this, their third full-length album, appears to be a step too far.

A man apparently easily bored with things that actually work, David has forsaken the loops and samples, stories and childish air of ‘Up A Tree’ in favour of darkness. Peppered with vibraphone, saxophone and a beat that is oh-so-very-hip-hop, ‘The Snare’ is a collection of half-baked ideas that, although at first intriguing, soon becomes nothing more than irritating.

In a vain attempt to add some kind of edgy atmosphere to the proceedings, David sings the piece as though he’s trying to tell a ghost story but it’s a move that just adds to the irritation as every song begins to sound more and more like the last one.

Woefully too little too late, the final track ‘Fucking Around’ is actually half decent, reminiscent in its cheerier outlook of the Belle and Sebastian days of yore. But David still has an unsuccessful go at ruining it with a touch of the darkness.

In the long run, this album could be a good thing – live and learn and all that – but as it stands, ‘The Snare’ is a record that should never have been contemplated, let alone actually released. A bitter, bitter disappointment.

More on Looper
Looper – The Snare