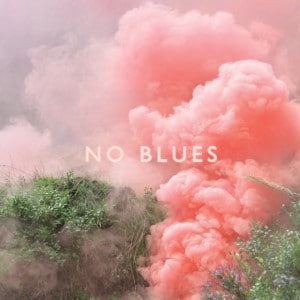 When Los Campesinos! arrived in full back in 2008 with their debut Hold On Now, Youngster, indie pop seemed to be reborn with it. An indie pop mk II, if you will.

Accompanying the likes of The Pains Of Being Pure At Heart and Veronica Falls, it seemed the early internet/music blog generation – those brought up on The Strokes in their mid-teens and then eventually yearning for something indier and more underground – had found their medium.

It makes sense; during this period in the mid-to-late 2000s, there was the rise of All Tomorrow’s Parties and a growing displeasure with what the mainstream termed ‘indie’. Pixies returned, Pavement were being talked about again, while interest in My Bloody Valentine was picking up and, perhaps, helping fuel their eventual reform.

All these influences can be heard in Los Campesinos!’ music; Hold On Now, Youngster has the track Knee Deep At ATP, while lead guitarist Tom Campesinos! cited the likes of Pavement and Guided By Voices as central influences for 2010’s Romance Is Boring. The core elements of indie pop – strings, jangliness, &C. – were also there, yet minus overbearing cutesy tweeness. Indeed, that’s always when indie pop has been at its best, as the earlier material from Belle and Sebastian illustrates. A bit of darkness always helps.

Los Campesinos!’ fourth album (2008’s We Are Beautiful, We Are Doomed is seen as an ‘EEP’ apparently) sees the indie pop moniker continue, but they’ve developed a sort of polished gleam. The album cover is a particular giveaway, far away from the Lomographyesque photographs or childlike covers of past. But this isn’t a bad thing. Album opener For Flotsam has indie pop archetypical features: negative references to Tories and relationship inspired woe quickly turning towards optimism. Gareth Campesinos! sounds even more like Darren Hayman as well. But the music itself is delivered with something that indie pop isn’t usually associated with – palpable self-confidence.

At its most forceful, For Flotsam is a brilliantly whirling, bullish concoction of roaring bass, clashing vocals – Kim Campesinos! does a lovely job with backing vocals here – synth and driving guitar. Following track What Death Leaves Behind reaches for Eurodisco synth, which combine wonderfully with drums and Kim and Gareth’s vocals to form perfect hooks. Again, very confident and slick – surprisingly so, perhaps – but all the better for it.

Los Campesinos! have always done song titles very well. Any obsessive indie music football fan would instantly fall for A Portrait Of The Trequartista As A Young Man, which takes things back to more traditional territory with cooing backing vocals and ukelele in the background. Meanwhile, the nod towards The Smiths with Cemetery Gaits is in name only; otherwise it fizzes along with bleeping synth beats and horns nestled in behind.

Avocado, Baby has a sort of swaggering post-punk edge to it. There’s something quite anthemic about it, too; the bass compels it along, the interlude of Gareth shouting, the penetrating keyboard, schoolkids providing the backing. There’s a bit of LCD Soundsystem here, a bit of Arcade Fire. Did Los Campesinos! trump the new Arcade Fire album? Either way, it’s quite irresistible.

Album closer Selling Rope (Swan Dive To Estuary) is the album’s longest at over six minutes and gradually unravels into interlocking streams of Casio sounding keyboard, synth and clashing drums before culminating in horns and backing vocals that have that hair-raising effect strings often have. It has that epic feel one usually finds at the end of records but it’s measured in its own way. It would have been tempting to go all out, but they opted for a more nuanced and composed route. All the better for it; it couldn’t be further removed from the all out, wonderfully riotous mess of You! Me! Dancing!

Los Campesinos! have grown up while not neglecting what made them so loved in the first place. Their Pavement et al roots aren’t as clear here, but that’s more than fine. There’s the archetypical vulnerability lurking beneath each track, but their sound suggests something everyone from that mid-2000s period has (hopefully) done – matured and become more assured. With it, indie pop mk II has as well. Excellent, this.