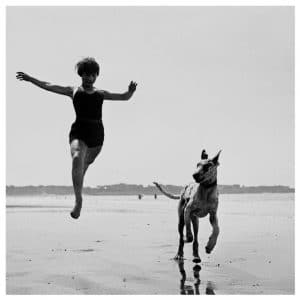 In 2017 the Cocteau Twins’ Simon Raymonde and Dif Juz’s Richard Thomas hooked up and returned to recording after a lengthy hiatus with the warmly received Lost Horizons debut Olajá (Spanish for ‘hope’). The fruit spawned from this tremulous step into the unknown (strewn with guest vocalists) was a fractured affair that, while enjoyable, felt like a potential not fully realised.

Spurred on by Olajá’s reception and as a way of processing a bereavement, In Quiet Moments would be forgiven for being a bleak proposition, but instead delivers an uplifting sigh in an expansive album that brings space and hope into these constricted days.

Work began before lockdown, with a working theme of ‘death and rebirth’, encompassing all permutations from physical to emotional and political and loose-limbed improvisations between the two were fleshed out and sent to prospective vocal guests. The lyrics that came after lockdown seemed to echo American author Hal Borland’s posit that “No winter lasts forever; no spring skips its turn,” in their cyclical belief of hope in the natural order.

Whereas the duo’s debut from 2017 Olajá had a curious energy of exploration, In Quiet Moments feels more grounded and certain of its journey. Familiar faces reappear for this second outing including Gemma Dunleavy, Karen Peris of The Innocence Mission, Cameron Neal of Horse Thief, and Marissa Nadler. Making their Lost Horizons debut are John Grant, Ren Harvieu, Porridge Radio, Penelope Isles, Kavi Kwai and C Duncan.

For all the varied shades of ‘melancholy-delia’ – from new signing (and former Blue Roses singer) Laura Groves’ jazz-flecked Blue Soul to Nadler’s sultry turn on Unravelling In Slow Motion there are acres of warm heat haze to counterpoint – as on Penelope Isles fronted opener Halcyon Days as it slouches and shimmers in and out of focus.

Before accusations of this being ‘lockdown lounge’ music, Dana Margolin (from acclaimed indie newbies Porridge Radio) lends One For Regret a short spike of sour attitude, there’s clipped dubby soul of I Woke Up With An Open Heart (from Nubiya Brandon of The Hempolics) and the haunting stalker-like unease of Dunleavy on Linger all firmly burst the bubble of any perceived navel-gazing.

With Raymonde and Thomas’s heritage and associated bands there are bound to be spectres of sound that spring through in glorious spirals of ascending chords and off-kilter rhythmic patterns. Notably on the Kavi Kwai fronted Every Beat That Passed and John Grant reclines his baritone over Cordelia’s languidly spectral slide guitar like a warm beacon on a chilly savannah.

On title track, In Quiet Moments, Portland soul veteran Ural Thomas’s ad-libbing feels like Jimi Hendrix as he cheekily enquires, “I’m wondering what the day’s going to bring…have you had that experience?” It’s one of many peaks (with a few troughs) on this diverse mélange of moods.

If anything positive has come from lockdown it has been the slowing down of things, periods of reflection and refocusing on what really matters in people’s lives. Doing away with the fripperies of fashion to get to the elemental nature of the human condition and connectivity.

In lesser hands this mélange of vocalists and styles would be an unholy mess, but with experienced mood masters Raymonde and Thomas at the tiller In Quiet Moments is holistic audio balm to soothe, hug and give hope in these ‘unprecedented times’ and beyond.