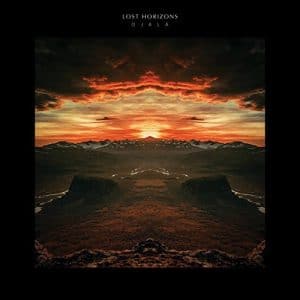 Bella Union label owner and Cocteau Twins bassist, Simon Raymonde, emerges from behind the shop counter with a former label-mate and frequent collaborator, Dif Juz percussionist Richie Thomas, to helm an album of rare beauty. Not bad for a pair who have been musically all but silent for 20 years (bar Raymonde’s dalliance as Snowbird with Stephanie Dosen in 2014, and Thomas’s work as touring/session drummer).

Lost Horizons is a project bound to draw comparisons to 4AD owner Ivo Watts-Russell’s ‘supergroup/art project’ This Mortal Coil. Eliciting guest vocalists to colour his sketches over beguiling, improvised pieces could have been a recipe for disaster or an embarrassing vanity project, but Ojalá (Spanish, meaning ‘hopefully’ or ‘God willing’) is neither of these. It’s a celebration of when diverse elements conspire to create beauty out of chaos.

There is no doubting Raymonde’s ear for a good signing (his label roster is testament to this) and a sympathetic approach (his production on Billy Mackenzie’s posthumous album) but Ojalá’s strength comes from the mere joy of performing without constraints. What better way to top off the cake than to enlist a cherry-picked list of guest vocalists – some stalwarts of Bella Union (Marissa Nadler and Midlake’s departed Tim Smith), and some chosen for their suitability for the pieces.

Ojalá is held together by a common thread of vocalists stepping in from the shadows to cast their light over a rich palette of styles. Beth Cannon’s vocals over Bones’ sparse, easy backing corkscrew from harmonic trills to guttural in a uniquem thrillingly effective take on soul music.

The unknown vocalist on The Tide turns in an affecting Bowie-esque performance that threatens to steal the show. Amber Sky bears traces of latter-period Cocteaus (Heaven or Las Vegas) albeit in a more acoustic setting. The Places We’ve Been features Karen Peris from The Innocence Mission cooing over a restless strumming and skittering drums.

She Led Me Away features a true ‘voice from the wilderness’ in ex-Midlake front man Tim Smith in a woozy, string-laden drift that cradles his lush vocal full of yearning and regret. The uplifting, spacious, jazzy The Engine (featuring Hilang Child) stretches out like Bon Iver reclining in the sun, bristly but beautiful. Child features again on the spectral piano ballad of Frenzy, Fear to stunning effect.

The alt-country rock of Life Inside A Paradox features Cameron Neal (Horse Thief) and Sharon Van Etten turning the tempo and the volume up on the most traditional sounding track here, which still retains a depth and brings the album into focus.

Ghostpoet’s spoken delivery on Reckless lends a casual, off-hand feel to his portrayal of someone living without thought of consequence that makes it both utterly sad and sadly beautiful set over a rolling piano riff. Meanwhile, the concluding duo of Winter’s Approaching (Marissa Nadler) and Stampede (Lanterns On The Lake’s Hazel Wilde) are a perfectly windswept pair of sorrowful sighs.

Less ethereal and opaque than This Mortal Coil, but more visceral, emotive and direct. Ojalá is laced with a cohesive musicianship built around Thomas’s palette of jazzy, sparse and spacious dub-reggae percussion, and complemented by Raymonde’s more sympathetic treatments, fleshed out by strings, angelic harmonics and clipped and shimmering guitar/piano chords. This is a diverse collection of quality melancholia by two intuitive veterans with nothing to prove except their ability to create music to invest your soul into.