by Bekki Bemrose
published: 27 May 2021 in Album Reviews
Tweet 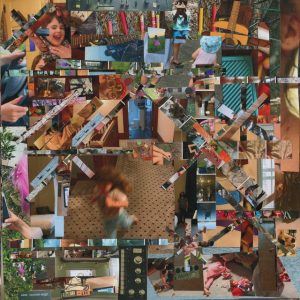 Let’s face it, for those of us of a certain age, the musical heroes of our adolescence are getting old. It’s always a bracing reminder of your own mortality to be realise that the artists who adorned your bedroom wall as a teenager are now of an age that would have deemed ancient when first they were met with blu-tak. Through the subsequent years, some desperately try to hang on to their youthful exuberance. Others simply fade. And then there are the ones that somehow remain true to who they were while honouring their current experience.

As part of Dinosaur Jr, Sebadoh and The Folk Implosion, Lou Barlow has had a restless career, yet has remained one of alt-rock’s mainstays, having produced a fine back catalogue of work. Although often in the shadow of his bandmate J Mascis, Barlow’s output often stands shoulder to shoulder comparatively. His latest solo outing Reason To Live is yet another example of his song writing chops.

The record is an acoustic affair and will no doubt have ‘lo-fi’ attributed as its primary descriptor. While low-fi readily suggests a cavalier attitude to the recording and production process, there is little doubt that Barlow has carefully nurtured these songs into being. While the approach might be perceived as low-key, the result is full of feeling and understated yet powerful musical moments.

Elements of some of these songs date back to the early ’80s and they now feel like the ghostly premonitions of his younger self. Over You was created from a sliver of melody and lyric dating back to around 1982 and in it the weight of his experience seems now full enough to bring a youthful hunch to fruition. Perhaps a young Barlow couldn’t quite bring himself to have faith in something so long lasting, but the elder has now lived it and can truthfully sing it.

Musically, the album has plenty of deliciously delicate touches that belie the sparse approach of many of the tracks. The rhythmical dance of percussion and guitar on In My Arms, the subtle layers of Why Can’t It Wait and the sun-bleached backing vocals of Privatize all conspire to make this collection a richer one that you might expect.

Love Intervene is the jewel in the album’s crown. First released as as a single in 2018, it was a fuller band offering, but this acoustic take does little to quell its inherently lush sensibility. Curiously, given this gentler treatment, Barlow has said of the track, “I’d like to hear someone else take it to new heights. The sentiment seems almost out of my range sometimes.” Yet the evidence suggests he is mistaken. Whereas songs like Sebadoh’s Soul and Fire are proof positive of his melodic range, Love Intervene strips away the melancholy of yore for full-blown open heartedness both lyrically and musically. And while the single perhaps better frames the track’s catchiness, this take’s quiet grandeur is even more powerful.

Despite this collection’s largely candid and optimistic tone, it’s not to say it’s without the odd flush of a snarky cut here and there. All You People Suck is a pleasingly adolescent take down, and musically Thirsty is a track you can easily imagine as a full-blooded band version would fit nicely into Barlow’s hardcore history.

Overall though, hope trumps nihilism and in treading this path Barlow has perhaps made his boldest and bravest record to date. This music is less underplayed than a confident expression of mid-life experience. There is a distinct air of contentment, but that’s not to say it isn’t a searching record and one where he tries to make sense of it all. On Love Intervene he sings, “The path of extremes is a path to decay,” which feels like a reckoning of misguided youthful sentiment. Yes, Reason To Live is a truly middle-aged record, and a gorgeous one at that. For Barlow, it marks a time to put away childish things and have faith in those reasons to live.