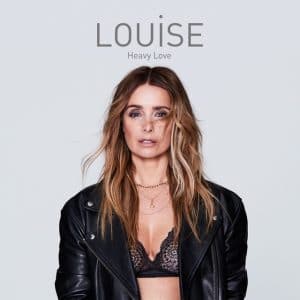 Louise had quite the musical career in the ’90s. Following the stellar success as part of R&B girl group Eternal, she then pursued a solo career that led to three successful albums, the last of which was released in 2000. A fourth album was shelved in 2003 and then her music was sidelined in favour of television presenting. But an appearance as a finalist on Strictly Come Dancing in 2016 is attributed to putting the fire back in her creative belly after marriage and motherhood had seemingly limited her exposure. This led to a starring turn in the West End’s 9 to 5 musical, and teases and dares on her socials of new material being recorded.

A comeback single Stretch was released in March 2019 and it is considered by many to be her best single release yet – impressive, considering the almost 20-year gap between new material. A slick slice of funktastic and sultry pop, it fuses the DNA of her own song Naked with Kylie Minogue’s Slow. But scheduling conflicts led to the release of the album Heavy Love being delayed for months, and this has piled pressure on her new solo endeavour. The good news is that Louise does not disappoint, and neither does the long list of collaborators, such as Clean Bandit, Eg White, Karen Poole, JoJo, Sinead Harnett and RAYE.

The album has quite a funky and soulful sound overall, with a more personal feel – Redknapp co-wrote most of the material. Lead single Stretch sets the tone for the sparse, shifty and compelling up-tempo, with electro track Small Talk providing poignantly personal lyrics echoing her marriage break-up. Hammer is a feisty R&B number with a ton of dancefloor shimmer and trademark Louise sass that harks back endearingly to the early days of Eternal. Wonder Woman is by turns seductive and racy, featuring some of Louise’s best vocals and a breathy spoken breakdown that would not be out of place on Ariana Grande’s thank u, next. Hands On The Sink is a dark, intriguing and leftfield track and evokes most of Siobhan Donaghy‘s album Ghosts. Villain on the deluxe edition is a shrewd hybrid between Mariah Carey‘s Stay Long Love and vintage Janet Jackson.

There are some fluffy pop interludes. The Dario G Sunchyme-lite tropi-pop Lead Me On with Clean Bandit could be guilty of being too contemporary and the narrative is basically an episode of Love Island. The hand-clapping contagion Not The Same is a rousing gospel anthem with a glorious middle-eight breakdown and Louise’s deep and soulful vocal. Hurt has a wonderful ’90s feel of optimism, while Straight To My Heart is a fabulous disco-pop nod to Take That‘s Relight My Fire.

Newfound maturity and confidence abound in Redknapp’s voice, and it’s no surprise that the album’s more tender moments are some of the highlights. Breaking Back Together has a lush gospel feel and is an empowering mid-tempo ballad doling out sage advice to those suffering what feels like insurmountable heartbreak, and the beguiling Give You Up draws you in with its gospel-lite feel and celestial harmonies. The album’s closer Wrong is desolate and devastating, as years of heartache and hurt unravel and a contemplative vocal and the sparse production lend to the painful and honest narrative. This is one of Louise’s finest hours.

Heavy Love is a welcome and solid return from Louise and, while this would seem a bittersweet album, there are some bona fide bangers, leaving us hopeful and rooting for this genuine pop heroine.