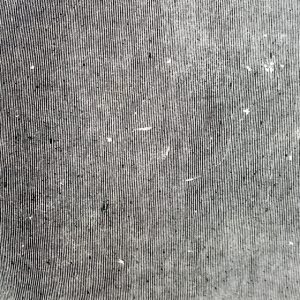 Throughout their long and remarkably consistent career, Low have tended to find distinct musical identities for each of their albums. Previously, they have explored powerful rock on The Great Destroyer, made tentative experiments with electronics on Drums and Guns, and focused more on piano for The Invisible Way. With the departure of bassist Steve Garrington in 2019, Hey What is their first record to be made as a duo.

The choice of lead track from this new album promised something rather different from the unsettling but mesmerising sonic manipulations of 2018’s superb Double Negative. Combining a highly infectious, near-bubblegum pop melody with bone crunching distortion, Days Like These suggested an album similar in concept to The Magnetic Fields’ Distortion project, albeit without the parodic wit. In some ways, this has turned out to be slightly misleading. Yes, the music here includes waves of abrasive sound and dense textures, but the hooks on which the other songs are built are sometimes more elusive and less urgent.

On Double Negative, Alan Sparhawk, Mimi Parker and producer BJ Burton strove to disguise some of the group’s most defining traits, including the effortless beauty of their vocal harmonies. Burton returns again for Hey What, but this album feels more like an experiment with striking contrasts and uncomfortable juxtapositions. The harsh, brutal force of More explodes following the album’s most beautiful and emotive moment (Don’t Walk Away). The vocals (mostly) return to the unadorned purity of their natural sound, but the guitars and drums remain altered sometimes beyond recognition. Parker’s drums are present, often as a distant heartbeat pulse, but they are often processed so as to sound as far from acoustic drums as possible. Sparhawk’s guitars are treated so as to become part of the overall maelstrom texture. Much of Hey What feels like a coherent suite of music, and the rare moments when the instruments do sound recognisable (the gently chiming guitar chords providing some peaceful levity at the beginning of Days Like These, or the emergence of a slow drum groove on The Price You Pay) are unexpected and disarming.

White Horses sets the scene with a dense but enthralling accompaniment – it has the feel of a gathering storm. Disappearing is similarly murky and oppressive, but the vocals maintain a warm glow that cuts through the sonic detritus. Much of this feels like an attempt to find beauty amidst a world in collapse, perhaps an understandable response to unsettling years of political turmoil followed by a global pandemic. Sometimes the feeling in the music sounds like it is constantly shifting – moments in Hey feel like a phoenix rising from the ashes, but at other times this long song feels sinister and unnerving. I Can Wait is a real highlight, with an insistent, purposefully repetitive vocal line merging effectively with glitchy, nervous sounding music.

Some of the noise experiments feel almost extreme. There’s A Comma After Still has moments that resemble a malfunctioning washing machine. In the context of exploring dualities and contrasts, it does however make sense, and contributes to a coherent whole. Nevertheless, perhaps the album’s most striking and affecting moment is its least manipulated and abrasive. Don’t Walk Away feels like a flipside to Will The Night’s encapsulation of sensual discovery – an examination of enduring and withstanding the challenges of a marriage that is inevitably imbued with greater poignancy and emotion by being sung by Sparhawk and Parker together. While the music still has a sense of weirdness, it feels lusher and perhaps even more comforting. It is a moment of thoughtful, honest unity.

The Price You Pay (It Must Be Wearing Off) continues another Low tradition of ending albums with a longer, patiently unfolding song, building waves of intensity. It is vivid and compelling. Hey What is another fascinating addition to Low’s catalogue, once again emphasising how good they are at reforming their approach and recontextualising their most distinctive attributes. It is neither their most immediate nor their warmest album, yet its provocations are effective, and become curious and complex in light of the melody and harmony that sits above them.