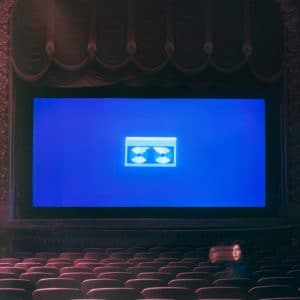 Appropriately enough, in a time where we’ve all been forced into a period of reflection, Lucy Dacus‘ third album takes her early years growing up in Virginia as inspiration. Home Video is formed of 11 stories based on her childhood diaries – tales of religious youth camps, cinephile boyfriends and estranged fathers all feature in Dacus’ lyrics.

Home Video is also Dacus’ most immediate, accessible album to date. While the general tone is quite downbeat, but she can switch to crunchy power-pop on tracks like Hot & Heavy and First Time. The former in particular is the perfect introduction – an invocation of nostalgia as a panic attack (“being back here makes me hot in the face”) as the propulsive rush of the music matches the rush of old memories flooding back.

It’s the little lyrical vignettes of Home Video that make this Dacus’ best album. Christine is an almost uncomfortably intense plea to a friend not to settle for a potential suitor (“If you get married, I’d object, throw my shoe at the altar”) while live fan favourite Thumbs is a hushed, eerie song about accompanying a friend on a visit to see her father, which drifts uneasily into homicidal fantasy – “I imagine my thumbs on the irises, pressing in until they burst,” in case you ever wondered about Dacus’ murderous method of choice.

VBS is one of the highlights of the album, about Dacus meeting her first boyfriend at a religious youth camp (the VBS of the title stands for Vacation Bible School) where they snorted nutmeg in bed and played Slayer at full volume. It’s impossibly evocative, especially with lines like “sedentary secrets like peach pits in your gut” and the odd squall of guitar punctuating the nostalgic mood.

While there’s plenty for fans of Dacus’ ‘supergroup’ Boygenius to enjoy on Home Video (her bandmates Phoebe Bridgers and Julien Baker both turn up on the lovely, bittersweet Please Stay) there are a few surprises as well. Partner In Crime sees Dacus’ vocal soaked in auto-tune, while the closing Triple Dog Dare is an eight-minute epic taking in queer identity, religion and friendship. The more you listen to it, the more impressive it sounds.

Elsewhere, there’s a skewering of a patronising high school friend obsessed with films who called Dacus cerebral – “I didn’t know what it meant, but now I do, would it have killed you to call me pretty instead?”. It’s these little portraits that make Home Video so impressive, bringing these characters to life so much so that you can almost picture them.

Even in the album’s quieter moments, there’s a real ‘band’ feel to the record, with Dacus’ regular collaborators Jacob Blizard and Jake Finch infusing the songs with a sense of colour. Going Going Gone even has a singalong at the end with Bridgers, Baker and Mitski all taking part and receiving personal thanks from Dacus in the outro.

Nostalgia can be a dangerous thing – there’s always the danger of wallowing in an idealistic past. Yet with Dacus’ unblinking, unsentimental eye, there’s no danger of this album going that way. With a quotable line on almost every song, Home Video cements Dacus’ reputation as one of her generation’s major talents.