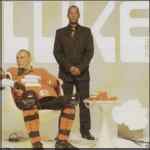 Remember how new electropop sounded when we first heard it? In the capable hands of Kraftwerk and Suicide a whole breed of keyboards and other electronic devices reshaped what we would know to be pop and paved the way for modern dance music.

New Order, Soft Cell, Depeche Mode, Erasure, The Pet Shop Boys and Human League would refine the genre with make-up, camp stage antics and an ear for the perfect piece of electronic, radio-friendly pop music. By the mid 1980s, guitars were definitely on the wane and keyboards were the only things to be seen playing.

By the 1990s, with everyone mad about largin’ it in Ibiza on aceeeeeeeeeeeeeed, the world had moved on as dance music, electropop’s bastard lovechild, swept all before it aside. But leftfield acts like Labradford continued to evolve electronic music in another, more experimental direction. Luke Slater, appearing in the early 1990s, magpied about between the sounds of the 1980s and this new abstract electronica for five albums’ worth of worthy material.

And now the electro-experimentalist has changed his style and produced… TUNES! For make no mistake, ‘Alright On Top’ is a foray backwards in time, a nostalgic trip to ’80s electropop when euphoria ruled the dancefloor and robots looked like ruling the world.

He’s even signed up a vocalist for the first time. The suitably demure and unimposing Ricky Barrow never once threatens to steal the limelight from Slater’s wild soundscapes.

This, Slater’s first album release for Mute, is a pumping, thumping effort paid in homage to Vince Clarke‘s various incarnations in particular and has bags of radio/crossover appeal.

First single Nothing At All starts what is an overwhelmingly optimistic album that, despite being made with electronic instruments, manages to feel emotive, uplifting and human. You can certainly dance to it too, with several tracks – notably Take Me Round Again and Stars and Heroes – screaming “SINGLE” at you on their way past.

For Mute, the label which more than any other is responsible for the birth and – crucially – nurture of electronic music in the UK and beyond, this should represent the start of a new stage in Slater’s career, now that he’s learned to express himself through tunes. He might wonder if it’s alright on top, but if he keeps this up he could well find out.