Lukid – Lonely At The Top

by Thomas May
published: 22 Oct 2012 in Album Reviews
Tweet 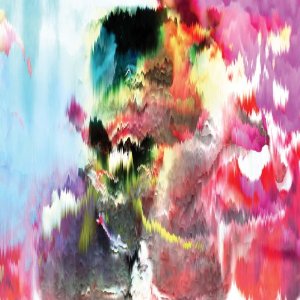 Every sound on Lonely At The Top is cloaked in a shivering melancholy. With his fourth album as Lukid, Luke Blair has continued in the lineage of his previous work in constructing hazy soundscapes of synths and tape loops. Saturated with the yearning nostalgia so common to the music of the hypnagogic generation, Lukid’s music is amorphous and ambiguous, skirting the liminal spaces at the edge of consciousness. Smeared with vague, washed out colour and scattered with vocal samples, Lonely At The Top works primarily on the amplification of the minutiae of musical texture: repeating loops steadily dilate and contract, increasing in clarity or furtively receding from view. This music is at once crystalline and perpetually in flux, constantly slipping out of focus.

Such a reliance on the subtleties of texture has garnered mixed results on this record. At its best, the music drips with enigmatic beauty: a sighing coalescence of half-remembered sounds and voices. Both opener Bless My Heart and the hypnotic The Life Of The Mind are built around short repeating loops, displaying only the most incremental of musical development, yet the indefinable, gauzy quality of the textures imbues them both with an irresistible mystique. Yet, at times on Lonely At The Top Lukid has a tendency to allow a stark lack of complexity to masquerade as maturity in restraint: the sparse Snow Theme, with its skeletal arrangement of synths playing a toy box-like melody, lacks the substance of the aforementioned tracks, rendering it something of a minor interlude within the overall progression of the album.

Lukid’s remarkably controlled and understated aesthetic imparts a surprising unity to an album otherwise defined by a wild inconsistency of style. Much like his label’s co-founder Darren Cunningham (aka Actress), Lukid’s music inhabits an ambiguous space at the intersection of a variety of electronic music genres. Lonely At The Top traverses a range of styles from hip hop to electro, deep house to techno. Yet, nowhere does the album buckle under the weight of such a variety of references. Lukid assimilates the disparate styles into his own, entirely unique, artistic vision; each track is wrapped in his trademark murky atmosphere, bestowing a remarkable cohesion to the record.

Lukid’s dextrous use of vocal samples throughout the album provides an anchor for the evanescent soundscapes, a common nucleus around which the other musical components revolve. The record’s intoxicating aura is largely due to its fragmentary collage of disembodied voices. Submerged beneath clouds of synths and stuttering beats, or occasionally floating weightless atop the swirling gauze of sound, Lukid’s voices haunt his music at every turn, undercutting the airiness of the textures with a suffocating uncertainty.

An illuminating comparison could be made to Axel Willner (aka The Field); whilst the austerity of Willner’s minimal techno might be somewhat far removed from the lusher climbs of Lukid’s soundscapes, both musicians unlock a staggering depth of humanity and expressive character buried within the briefest of vocal inflections. This emotional dimension to Lukid’s music prevents Lonely At The Top from slipping into overt sterility. The studio wizardry, the genre hopping, the painfully in vogue production; all are grounded by Lukid’s desire to emote, albeit somewhat abstractly, through his music. Indeed, as the ephemeral antiphony of vocals draws Talk To Strangers, and the album itself, to a close, one is left with a faintly reverberating sense of yearning, cut through with a cautious optimism. Lonely At The Top is a complex and elusive album: indulging in the sensualities of aural texture whilst retaining a depth of communicative potency.