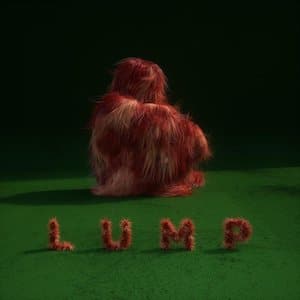 For an album indebted to the surrealists, we’re told, it seems fitting that the LUMP project’s first seeds were sown by a chance encounter between Mike Lindsay and Laura Marling at a bowling alley, a venue whose incongruity was only made more so by its inapropos situation under the vast canopy of the O2 Arena, already quite a strange setting in itself.

Marling was there supporting Neil Young, while Lindsay – of then-dormant avant-folk-electronicists Tunng – had recently put together what became this album, but was in need of a vocalist and lyricist. Two years on, we have the result, with Marling adding vocals to Lindsay’s already recorded soundscapes – dark, groggy concoctions of analog synths, drones and textures, with heavily processed guitars and bass filling out the mix, alongside layers of flute, from Laura J Martin, and Hannah Peel’s trombone.

It’s sometimes quite apparent that words and music came into being at different times. But this is not always a bad thing. It suits  well both Marling’s cool air of dislocated composure, and the album’s themes: of the humdrum vacuity at the core of everyday life and something the press release refers to as the “commodification of curated public personas”.

Marling has said that her ideas came from a fixation with the surrealists, along with the absurd verse of Edward Lear and Ivor Cutler. She liked the idea of “letting the unconscious come to the surface”. After the complexity and startling intimacy of last year’s Semper Femina, her lyrics here are abstract but abrupt, illuminated with occasional, arresting images.

On Late To The Flight, built on a low drone which flickers in and out like a dark sort of lightbulb, guitars and flutes add spots of light and colour to the murk. Marling’s rich, centre-staged vocal explores lucid dreams and the gaps between sleeping and waking. Places peopled by ‘crooners in crisis’ with ‘dots on their wrists’ (said to help spot a lucid dream). Only the appearance of “the woman in white”, in a neighbouring seat, suggests that this flight might be the final one:  late, to paraphrase Douglas Adams’ Slartibartfast, as in the late.

May I Be The Light flows directly on, as the tracks all run into each other (lumped together, perhaps?). For the most part, the guitars are gone, replaced by a rippling, rumbling pulse and tick-tocking percussion, with Marling shifting between monotonic verse and an airy, feather caught on a sudden thermal, bridge – a bit Kate Bush, a bit Annie Lennox (think There Must Be an Angel…).

The tracks continue to balance deep, droning synths and fuzzy percussion with Marling’s folkish phrasing and occasional, vaulting shifts in pitch, to not much effect. But then Curse Of The Contemporary wraps a bass melody and degraded, friable guitars around a dreamy, high-register, stoned-and-sleepy vocal from Marling, adopting her adoptive West Coast mode to warn of getting “bored in California”, to where Marling relocated, briefly, a few years ago.

Even better is Shake Your Shelter, imagining being born as a crab desperate to lose its shell. “I know the feeling,” Marling sings, “of losing the ceiling/on a beach full of empty shells”. Illustrating reluctance and apprehension at casting off that which restrains us, no matter how much we might want to, it’s among the album’s least opaque sentiments. A rare flash of emotion among all the icy, shadowy detachment.

But just as we think we’re approaching the meaning of the dream, the heart of the fluffy monster we’re told represents the pairing, the final track jars us awake. “LUMP,” it repeats after a studiedly alienating recitation of the album’s credits, “is a product”.