by John Murphy
published: 3 May 2014 in Album Reviews
Tweet 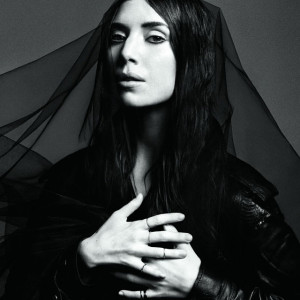 Never has an album been more appropriately titled. Over the course of two records, Lykke Li has explored matters of the heart, or more specifically, matters of the broken heart. And, for her third album, there was never any danger it would carry a subtitle of “Screw Men, I’m Going Rock Climbing For A Week” or “I Think I’d Better Concentrate On Just Being Me For A While”. As the lady herself says, she never learns.

And, thank goodness she doesn’t. For there are very few people who are as adept at the break-up anthem as Lykke Li. There’s Adele of course, but maybe her star has been unfairly tarnished by global success and ubiquity. With I Never Learn, Li probably won’t reach Adele levels of fame, but the nine songs gathered on her third record beautifully convey heartache, loss and desolation.

It’s not just in the songwriting – although, that is, of course, wonderful. It’s also in the production: a typically Scandinavian brand of delicious melancholy with an added injection of wistful hopefulness. It’s not quite the sort of album that needs a constant backdrop of drizzly rain to create the right sort of listening atmosphere, but it certainly helps.

At first listen, I Never Learn seems to mark a less poppy direction than usual. There are certainly none of the sharp hooks of Little Bit, Get Some or I Follow Rivers to be found. However, there’s an insistent quality to many of these tracks: the huge chorus to Never Gonna Love Again, the slinky RnB of Gunshot and the enormous drums that introduce the soaring melody of Just Like A Dream are all signs that this most idiosyncratic of pop stars isn’t just content to wallow in her heartbreak.

Yet that heartbreak is unavoidably at the centre of I Never Learn, as even the most cursory glance at the tracklist would indicate – Sleeping Alone, Never Gonna Love Again, Love Me Like I’m Not Made Of Stone. It’s the latter that provides the most startling example of the mood on display: a stark, acoustic ballad recorded in demo form that features Li’s voice positively cracking with emotion at times. It’s a heart-wrenching, utterly compelling listen.

The influence of Greg Kurstin, who joins Li’s regular collaborator Bjorn Yttling on production duties is muted but still noticeable. Although the pure pop of his work with the likes of Lily Allen and Kelly Clarkson is missing, there’s a noticeably bigger feel to much of I Never Learn. Never Gonna Love Again is almost a power ballad, and Heart Of Steel adds some gospel elements to create a similarly enormous sound. The almost constant sound of reverb added to many of the songs may irritate some people, however.

Yet Li’s personality means that this is never an excuse for producers to show off their bags of tricks. Just the way she closes the album on Sleeping Alone is enough to melt the hardest of hearts: an anguished sigh of “we’ll meet again… we’ll meet again” which is delivered more in desperation than defiance. No Rest For The Wicked is another future classic in the mould of I Follow Rivers and Sadness Is A Blessing – a beautiful, swelling melody that sounds like Florence Welch with the bombast turned down to a minimum.

It’s a relatively short album by modern standards – just 33 minutes and nine tracks long. That brevity though works in its favour: by the time the Sleeping Alone comes to a close, you’re ready to skip right back to the title track which opens the album. Li has described I Never Learn as the third part in a trilogy – following the coy flirtation of Youth Novels and the passionate obsession of Wounded Rhymes comes the pain of unrequited and unwanted love. Unlike most third instalments though, I Never Learn is anything but a disappointment. Where Li goes from here is an exciting thought to ponder on.