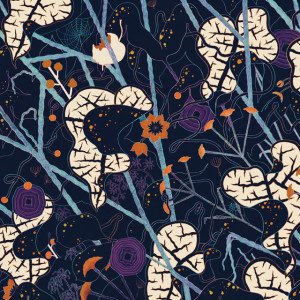 Since casting out her monomynous moniker, Foy’s gone on to ink a worldwide deal with Sub Pop for her full-length debut. The London singer-songwriter’s not changed much about her musical identity though, and that melody-driven dreamfolk amalgam is intact, with early single No Secrets surviving the transfiguration.

No Secrets has been slightly revamped though. Sandblasted and agate-sheened, the vocals from Foy sit lower, rather than sounding as if whispered in a cavernous cathedral, there’s a timbre more closely related to Daughter to be gleaned. There’s arguably a dreamier quality on offer, with gloopy harmonies and faint keys gliding gossamer-thin above a skeletal motorik. The rhythm’s a spine, allowing Foy to flesh out pads and melodies with more freedom; as such, the whole track glides into tranquillity, aided and abetted by a locomotive beat. No drastic changes to No Secrets, but ones that are symptomatic of her stylistic jolt as a whole.

Foy is now utilising the full-band aspect she sought to avoid with early WALL material – including collaborating and jammin’ with the all-male backing musicians – in order to fill out her live scenarios. She’s transplanting it into her recorded noises too, and what was once an intimate, introspective and intensely personal project has become, as Sub Pop point out, quite ironic given her sobriquet shift. While the elegiac solemnity may not be entirely removed, and you can indulge in some truly heartbreaking balladry still, there is a lurch towards popscapes. There are whopping choruses, meaty hooks and, crucially within live sets, volume.

Honeymoon is a sprawling pop paean with strings, trip-hop synths and rock percussion. It’s monumental sonically and emotionally. Strings and synths are prevalent in Only Human too, where she veers into scandi-pop with scalloped cool ranch Dorito beats, magnificent satin harmonics and marimbas. Again, it’s draped in heart-socking feelings: “Someone’s given me a box to open/ I want to say I’m only human/ your love’s given me a whole new energy/ I want to say I’m only human…” There’s a recurrent theme of heavyset emotion lassoing your eyes and wringing them dry. It’s a deeply affecting record, where Foy divulges her foibles and tribulations and ponderations on love, life and loss.

Impossible sees guitar riffs flutter amongst snare and Foy’s fey voice. There’s an airy-fairy clean laundry’n’summer breeze/Sunday morning on the veranda feel; it’s oddly American, like a less dusty Waxahatchee, with fizzling flecks of country. Someday, seemingly a reimagining of Auld Lang Syne (seriously, when you hear that chord progression’s similarity to the NYE staple, it’ll be tough to separate the two), is hook-heavy also. It’s again a soft-sounding country cut, though this time hip-hop drum machines penetrate the veneration and imbue the record with a wondrous tone. The whiskey-slur vox and choreographed cacophony towards the end provide more tonal shifts, and the end result is shoe-mericana-gaze fronted by Shane MacGowan. Sort of.

It’s an astral display of how elegant, melodic and emotional pop can be. Merging pop with folk, dreamy shoegazey bits, country and rock, Foy succeeds in creating an original collection of songs poised to bond with your greyest of skull-walnuts. Like a longtime lover rending your ventricles asunder, this record will conjure difficult-to-forget moments of anguish, but soothe them with compassion and glimmers of hope in the next breath. If you’re hankering for a bit of masochistic pop, Mirrors The Sky will soothe the craving. And then destroy you.