Mac McCaughan – The Sound Of Yourself 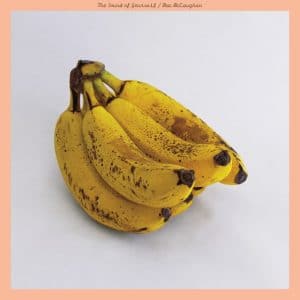 The latest solo album from Superchunk chap and Merge Records head honcho Mac McCaughan finds him in contemplative and somewhat ambient mood. Having recently spent a large chunk of time concentrating on creating a score for the Amy Poehler Netflix movie Moxie, he was at something of a loose end when that project concluded, but not before becoming increasingly influenced by the works of Brian Eno and Fennesz (amongst others). Those influences are evident in the more subdued and soft focused passages of music found on The Sound Of Yourself.

Curiously for an album named after the weirdness experienced when hearing your recorded voice played back, this album features a considerable number of introspective instrumentals, all of which occupy a loose and chilled out headspace. At times these passages make The Sound Of Yourself feel like an album that’s pulling in two different directions at once. Time spent immersed in the minimal piano exploration of 36 and Rain is so calming that when the album throws sax, beats and vocals into the mix, it feels like being rudely awakened – even if the song doing the waking up (Burn A Fax) is practically nodding off itself.

It begins with one such instrumental, the blissed out, floaty Moss Light, which sets the tone for nicely for what follows. It hints at Gang Gang Dance‘s calmer moments (the opening moments of Glass Jar for example), but never explodes into a full on dance blow out, prefering to drift along and fade out beautifully.

The title track follows, and is equally blissed out. Somehow it manages to sound calm and reserved, despite being freaked out at the sound of itself whilst simultaneously channelling The Cure and Joy Division. “Will you ever get used to the sound?” asks McCaughan, and the answer is, clearly no. Not when in possession of such a charming and idiosyncratic voice. And just because McCaughan is struggling with the sound of his own voice doesn’t mean we can’t soak it up. As with Superchunk, here he’s adept at writing earworm hooks and gorgeous melodies, and they’re all across the album. Dawn Bends is a glorious sunkissed, folk inspired song that eventually gives in to finely delivered guitar squalls. That it features Superchunk drummer Jon Wurster and all of Yo La Tengo is somewhat at odds with the title and theme of the album, but when it sounds this good, there’s not really an argument to have. I Hear A Radio possesses those Joy Division undertones but still delivers a gloriously upbeat sounding chorus, whilst Sleep Donor ups the ante a little with its pulsing beat and some pitch perfect duetting with A Giant Dog‘s Sabrina Ellis. It’s a collaboration that on this evidence needs to be explored more fully.

The truth of The Sound Of Yourself is that it is a sometimes confused collection of songs, almost as though it were two albums co-existing in one space. The ambient instrumentals sometimes derail the more traditional songs, simply by creating a hazy headspace that can be hard to snap out of. However, the quality across the board in these compositions is consistent and the sound of McCaughan in this kind of form is always a delight.