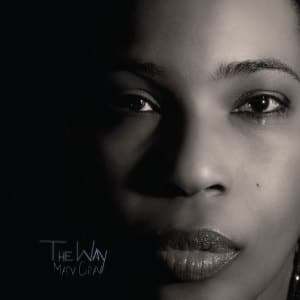 The first Spider-Man movie was released in the Summer of 2002, over 12 years ago, and watching the movie now brings a person back to a very different time. Strange sights include teenagers without cellphones constantly in hand, or the protagonist, Peter Parker, shooting photos with an actual film camera. Spider-Man is a time capsule of the early oughts, full of now-extinct social scenarios and ludicrous cultural worship, and perhaps its most ridiculous image is a cameo.

Midway through the film – prior to the first appearance of villain (Green Goblin) – Parker attends the World Unity Festival to take photos for a newspaper, which was bunch of papers with news printed on them. During this carnivalesque, carefree scene there is music, and an announcer gives a shout-out to the one and only Macy Gray. Clad in red furry coat and sunglasses so big she looked ready to explore deep space, Gray’s inclusion seemed forced, her scarily popular hit I Try nearly two years old by that point, and finally being included on awful romantic CD playlists (remember those?) and on grocery store aisles, instead of every commercial for some TV show season finale (Spin City, ahem).

In retrospect, Gray’s inclusion in Spider-Man fits that time of pre-recession America perfectly, when superhero films weren’t on top and musicians still were. Heady days long gone, Gray has taken with a smaller label. Her new album The Way is humbler affair. And the results are fascinating. In a recent confessional interview, Gray said The Way was an adult album in its content (“thematically and musically”), and how hard it was to sell to the industry bigwigs: “They dropped that whole side of the universe.”

Perhaps Gray has it wrong: it is not that “side” which has been dropped, but Gray’s arrival in that wasteland which never was much to begin with. Pop music has traditionally been music for the young, and Gray is no longer young. Neither is her style, an updated R&B that thrived between the dawn of R. Kelly and the rise of Auto-Tune. It is the music of a pre-9/11 America that drips the positivism of the late ’90s. Even titles like I Miss The Sex sound downright wholesome in the advent of apps like Tindr, and films like Her being more documentary than fiction. Everything Gray does is honest and emotional. Gray does not deal in irony or detachment. When she lists off terms of endearment in the catchy single Hands, she says “My teddy bear, My honey boo, You are my bunny bum” completely real.

Hands is a lovely song. In fact, all the songs are good in some way, and certainly listenable. The album starts strong, with a bruised opener titled Stoned, with its melody line evoking John Cale’s version of Hallelujah, all natural strings over a subtle, sensual beat, and lyrics like “I made it/to my spaceship” before asking her listener to “pick me up” when they “fly by,” before proclaiming that, yes, she’s stoned. The second song, Bang Bang, is a heavy hitter. Its guitars drip sex and the thumping beat drive the action forward as Gray slurs lines like “Bang Bang, I want it/ shoot me down and I want it/ when I tell him that I want it he says ‘louder'” before screaming “louder” again in the way that would make you turn the volume down with your mother present.

Gray’s voice hasn’t aged a day, and still retains that weirdly compelling rasp that made her famous. For a woman who claims to hate her voice, she can sing with conviction and grace effortlessly, with no self-conscious preening involved.

This redeems much of The Way’s actual songs, which are mostly okay. There is not sequel to I Try on here, meaning that listeners expecting some unstoppable earworm will be disappointed. But Gray sells the material with conviction. The instrumentation is good, the melodies are sweet, and the singer is unique. It’s a solid effort, and in a world where Spider-Man is on his fifth movie and record sales are anemic, it’s nice to hear something sweet and well-adjusted. While not perfect and certainly no heartbreaking work of staggering genius, Gray has succeeded by making music for adults, and for that, she is to be commended.